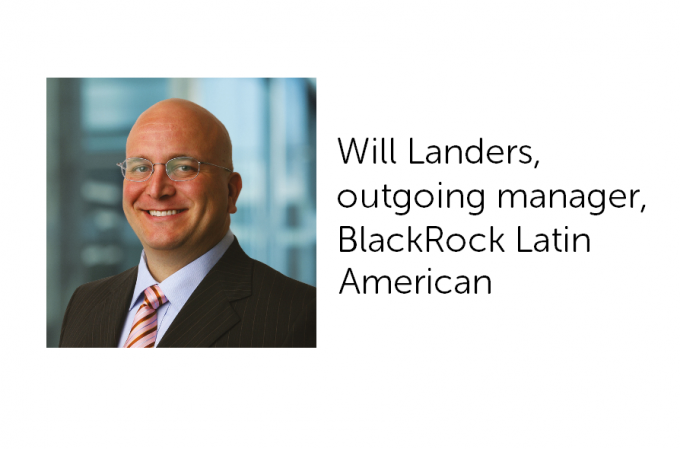 Will Landers steps down at BlackRock Latin – BlackRock Latin American Investment Trust’s board says it has been informed that Will Landers, the trust’s portfolio manager, has notified BlackRock of
his intention to leave the firm on 17 March 2019, and that two analysts based in Sao Paulo will also be leaving. The board says it would like to thank Will “for his significant contribution to the company since 31 March 2006.”

Ed Kuczma joined BlackRock in 2015 as a senior research analyst on the Latin American equity team from Morgan Stanley Investment Management where he covered emerging market equities, with a primary focus on Latin America. He has over 15 years of investment experience across all sectors and countries in Latin America.

Sam Vecht has been portfolio manager for the BlackRock Emerging Markets Equity Strategies Fund since September 2015, and the BlackRock Frontiers Investment Trust plc since 2010, both of which have invested in the Latin American region since launch.

The proposed management arrangements will be subject to formal board review in 2019. [It is possible that some shareholders will push the board to hold a formal ‘beauty parade’ to select the best manager for the trust both from within and without BlackRock].

BRLA : Will Landers steps down at BlackRock Latin

BlackRock Latin American (BRLA) released its annual results to 31 December 2020, with the NAV returning -14.5% on a total return basis. Brazil comprises over 60% of the […]