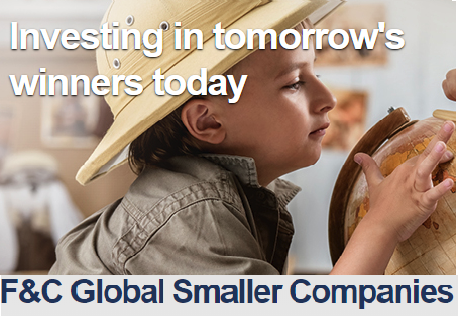 The board has recommended a total dividend for the year of 16.50p per share, up 14.6%. This will be the 49th consecutive year of dividend growth and the eighth year in a row of double-digit percentage increases.

The board is proposing a sub-division, or share split, whereby shareholders will receive ten shares in place of every ordinary share they hold at the time of the share split. While the share price, net asset value per share and dividend per share can be expected to become one tenth of their respective values immediately preceding the share split, the total value of the holding will not change as the lower values will be offset by the increased number of shares. Marketability of the shares should improve as a result of the share split with the resultant lower price becoming more appealing to new investors and to regular investors through savings schemes. The proposal is subject to shareholder approval at the AGM.

New auditor for the first time in 130 years!

PricewaterhouseCoopers LLP (“PwC”) will not seek reappointment as external auditor at the AGM. This is by mutual agreement between the board and PwC, reflecting the modern auditor rotation provisions. PwC have been auditors since the company’s foundation in 1889. Following the audit tender process, a resolution to approve the appointment of BDO LLP as auditors for the financial year ending 30 April 2020 is being put to shareholders at the forthcoming AGM.

Regional performance – extract from the statement

“Despite the rate rises, US small cap shares performed considerably better over the year than those in other markets with the boost to company earnings from lower taxes on profits helping to contribute towards this.
Returns from smaller company indices outside of the US were generally disappointing. Japan’s performance was particularly weak as international investors pulled money out of the market on the basis that a slowdown in global trade would particularly impact the country. Other Asian markets also came under pressure in the year as exports into China started to be hampered by weaker demand, partly due to the imposition of tariffs by the US.

The stalling of the impetus in the European economic recovery from mid-2018 took investors by surprise. While there were some short-term factors at work such as new automotive industry regulations putting the brake on growth in the key German economy, it is nevertheless concerning to see how fragile some of the larger continental economies seem to still be. From a political perspective too, there have been challenges with the Italian government in dispute with the European Commission in relation to fiscal policy, the French street protests and the rise of populist parties in some other European countries. UK small cap shares were also out of favour as the Brexit deadlock persisted, but the domestic economy performed resiliently despite weaker investment spending by the corporate sector.”