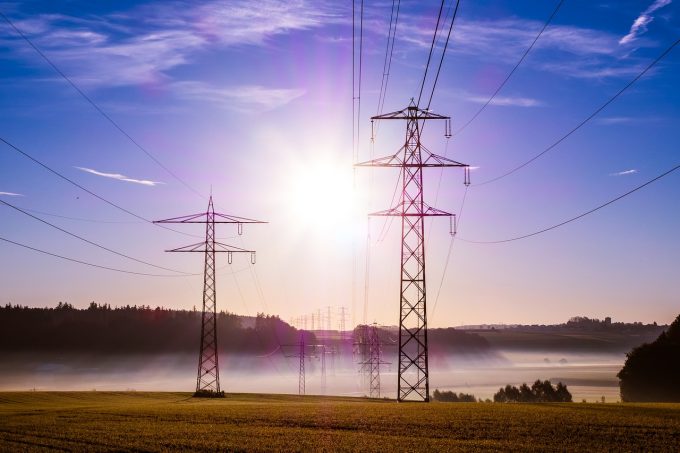 John Laing Environmental Assets has released results for the year ended 31 March 2019. Over that period, the NAV rose from 99.6p to 104.7p; the trust met its 6.51p dividend target and announced a 6.66p target for the current financial year. The dividend was covered 1.2x by cash flow generated by the portfolio.

The chairman said that the board “continues to believe that the company’s diversified mandate creates opportunities for higher return investments than are currently available from the more established wind and solar markets.” Portfolio expansion focused on anaerobic digestion with four purchases and one project to expand production.

“One driver of NAV growth has been the recognition of life extensions on certain wind and solar projects. The Board has followed a prudent policy of only recognising life extensions on projects where the Company has land rights that permit an additional period of operations and where the Board is not aware of any other obstacle that would prevent that longer running. Other drivers of growth include the refinancing of UK wind and solar assets at improved terms and recognition of sustained out-performance at the Icknield AD plant.”

“The key negative factor affecting the year-end NAV has been Ofgem’s Targeted Charging Review (“TCR”) that aims to change the way in which the costs of the electricity network are shared between consumers and different types of generators. TCR is still the subject of consultation, but it seems prudent to assume that distribution grid–connected wind and solar generators will lose some ’embedded benefits’ revenues they currently enjoy by virtue of their position on the network and may also incur some additional costs. Our assumptions have reduced NAV by 1.7 pence per share. The AD assets, the environmental processing assets and the overseas wind assets, making up 33% of the portfolio, are unaffected.” [We’ll discuss this in our next note on the company.]

“overall generation from the renewable energy portfolio was 3.9% below budget including assets purchased during the year.

Electricity generation from the wind assets (which represent 43% of the portfolio) was 9.2% below budget, primarily due to unusually low average wind speeds, particularly during the summer months. Operational availability was in line with budget, with the exception of the four wind farms in the portfolio where operations and maintenance are carried out under contract with the wind turbine manufacturer Senvion. These suffered some prolonged outages, leading to a deterioration in previously good levels of availability, which we consider likely to be connected with the Senvion group’s efforts to carry out a financial restructuring that has included a period of self-administration under German insolvency law. Excluding the Senvion sites from the generation figures, negative variance from budget was 7%. The Investment Adviser is monitoring the situation closely and continues to keep the Board informed of developments with the Senvion assets.
The Board has recognised life extensions for a number of wind farms where the relevant project company has sufficient land rights to permit the additional period of operations. The Investment Adviser continues to explore life extension options on the remaining unextended assets. Further turbine optimisation packages have been agreed on a number of wind farms, following the successful implementation over the year on the Dungavel wind farm, and the Investment Adviser is exploring a number of site–specific value enhancement opportunities that the Board anticipates will come through to the NAV in future periods, including private wires and improved monitoring and automation.

Electricity generation from the solar assets (which represent 25% of the portfolio) was 1.6% above budget, driven by high solar irradiation throughout the year and particularly over the summer months. The majority of the solar portfolio performed satisfactorily during the year, but the Branden asset experienced outages associated with transformer and switchgear faults and a small fire at an inverter station. Excluding Branden from the generation figures, the solar portfolio would be 3.1% over budget on generation whilst being 6.1% over forecast on irradiation, with the discrepancy due primarily to high temperatures and distribution network operator (“DNO”) outages at the Welsh sites. We expect insurance to cover fire damage and to mitigate the lost revenues at Branden. The Investment Adviser is focused on understanding root causes of sub–optimal performance within the solar portfolio using a testing regime that includes thermography and panel sampling. As with the wind portfolio, the Board has recognised life extensions on some solar parks where the project company’s land rights permit.

Gas generation from the AD portfolio (which represents 21% of the portfolio) was 3.7% above budget on a MWh basis. The Icknield plant has performed very strongly during the year, and Vulcan has also performed well, which is particularly pleasing given the major upgrade works that are going on in parallel with day-to-day operations. The newest plant to the portfolio, Biogas Meden, experienced some unplanned downtime relating to the gas upgrader following acquisition, but this has now been resolved and recent performance has been promising. The other plants in the portfolio have been broadly in line with budget.
The Vulcan upgrade to double the capacity of the plant remains broadly on track for operational commencement late in 2019. Other value enhancements pursued during the year include the improved pricing for “green gas” certificates and improved terms on gas purchase agreements also benefiting from effective winter-hedging strategy. Retrofitting of equipment to improve the biogas yield extraction from feedstock on a trial basis will also be rolled out to the rest of the portfolio to gain further value enhancements. The Investment Adviser is also considering initiatives to increase the resilience of the portfolio to risks around feedstock, including strategically located feedstock storage hubs to allow greater flexibility on feedstock sourcing and storage improvements. The Board remains encouraged by the potential in the AD portfolio.

The results from our renewable energy assets are dependent in part on the level of energy prices. Market prices increased materially during the year, being at their peak in the last quarter of 2018, before coming off the peak in the first quarter of 2019. JLEN was able to fix prices into this market strength for the current summer 2019 season and generally the valuation has reflected an increase in near-term electricity price expectations partially offset by a decline in mid to long-term forecasts. Compared to the assumptions used in the valuation at 31 March 2018, on a time-weighted average basis, the net increase in the electricity price assumptions is approximately 6.7% over a 25-year period (being a simple average decrease over 25 years of approximately 1.9% offset by an increase in market forward prices (gross of any discounts under PPAs) over the next two years of 17.5%). The overall change in forecasts for future electricity prices compared to forecasts at 31 March 2018 has increased the valuation of the portfolio by GBP2.1 million.

The PFI-backed waste & wastewater assets now represent only 11% of the portfolio. ELWA waste and Tay wastewater have both performed well operationally, with financial distributions ahead of budget. ELWA waste tonnages continue comfortably to exceed budget and while the operator has reported some Brexit-related issues with disposing of the project’s residual refuse-derived fuel to European counterparties, this remains the operator’s risk. The insurance market for waste assets is thin and this has led to some issues in placing cover, which the Investment Adviser is following closely. Tay has experienced another year of relatively low wastewater flows but once again has been able to exercise control over elements of its costs which has kept performance on track.
The Dumfries and Galloway project has now been terminated and the Company expects to receive proceeds from the winding up of the project company, an improvement on the position at the last year end. The Board expects Dumfries and Galloway to be removed from the portfolio during the course of the year ahead.”

In QuotedData’s other news 13 June 2019 – Augmentum Fintech made follow on investments totalling £8.5m in three of its portfolio companies – Tide, Monese and Duedil. BBGI has topped up its investment in the A1/A6 road project in the Netherlands. The project was part of the Schiphol-Amsterdam-Almere expansion and involved the reconstruction and widening of a […]