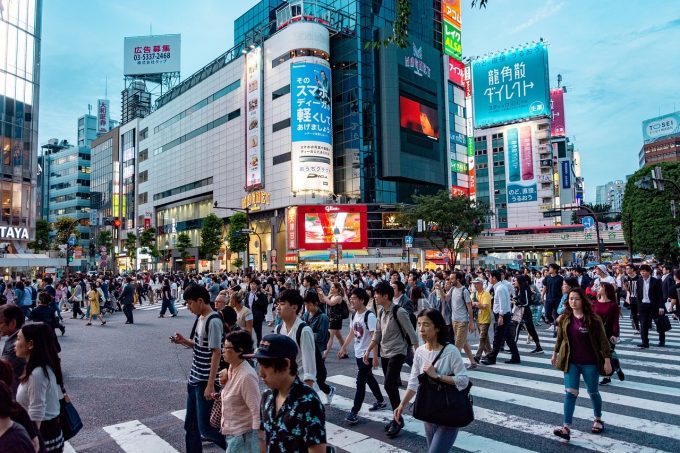 There is a small dividend of 3.5p this year. The ongoing charges ratio fell to 0.70% from 0.73% as the lower management charges kicked in.

“The largest contributor to performance this year was Rakuten, mainly an online retail and finance company. It has made significant progress in its plans to launch a mobile phone network in Japan while other parts of the business continue to perform. Aside from this we had helpful contributions from Advantest, the chip-testing company, where demand and profits surged during the year; and Pan Pacific Holdings, the retailer formerly named Don Quijote, who made a significant acquisition to grow the size of the business.

Outsourcing is a staffing business run by the entrepreneur Mr Doi, who owns a little over 12% of the company. It has grown its sales 7-fold and operating profits 13-fold over the past 5 years. Despite continuing to grow, the shares were weak due to the perception that tougher macro conditions might impact the business. We remain very happy to continue to back the founder and increased the company’s shareholding this year.

ZOZO is an online fashion retailer run by the entrepreneur Mr Maezawa, who owns 36% of the company. It has experienced significant success over the past several years but recent attempts to innovate have been less successful. It also gave us cause for concern when the Board decided to approve an options package to Mr Maezawa that seemed excessive relative to the performance hurdles needed to achieve it. We reduced the holding during the year. Subsequently there has been a bid for majority control of the company by the Softbank controlled Yahoo Japan so we may end up continuing to own the business indirectly.”

Baillie Gifford Japan Trust, which has a tiered fee structure, has announced that, with effect from 1 September 2016, a third stepped tier has been introduced at £250m […]

In the six months to 29 February 2016, The Baillie Gifford Japan Trust’s net asset value per share (after deducting borrowings at fair value) increased by 0.1% compared […]

The Baillie Gifford Japan Trust outperformed its benchmark index, TOPIX, over the year to 31 August 2015 by 7 percentage points.  Net asset value per share, after deducting borrowings […]