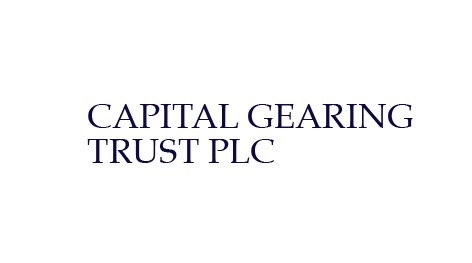 CGT’s managers, Peter Spiller, Alastair Laing and Christopher Clothier, provided the follow summary: “It is a considerable relief to report the modest progress achieved during the year. The economic and social havoc unleashed by the covid-19 crisis caused a bear market of historic proportions in the final quarter of the year. Even government bond markets were in turmoil experiencing, perhaps, their most volatile month ever in March. A dramatic end to what was, until mid February, an unexceptional year.

The company’s activity until February was characterised by reducing exposure to riskier assets. The S&P 500 and Nasdaq displayed characteristics of an exuberant blow and pulled the prices of risk assets in many other jurisdictions with them. During December, January and February, the Company sold close to a third of its large holdings in Investor AB, Castellum AB and Grainger plc. The company also sold substantially all of its holdings in renewable infrastructure such as Greencoat UK Wind plc. With the benefit of hindsight, we should have sold more. A similar trend occurred in our corporate credit and preference share holdings, a number of which matured and were not replaced. The combination of an inverted yield curve and exceptionally tight credit spreads meant the Company resorted to holding unusually high levels of cash. By mid-February cash and near cash (treasury bills and very short dated index linked gilts) represented more than 25% of the portfolio.

As the bear market took hold in late February and March, the company added continuously to its equity holdings, including buying back many of the disposals made earlier in the year. For a brief period, conventional investment trust discounts rose to interesting levels though the most attractive opportunities were short-lived. By the financial year end, risk assets represented 36% of the portfolio, the highest level of the year and close to decade high weightings. If equity prices had remained at mid-March levels for longer, our equity holdings would have grown even further. However prices recovered rapidly to less interesting levels.

During March, sterling experienced a short lived but pronounced period of weakness against the dollar. The company sold a majority of its short-dated US Treasury Inflation Protected Securities (TIPS) and repatriated the proceeds to sterling to crystallise the foreign exchange gain. As a result, the exposure to TIPS reduced from c.25% to c.20% but the average duration of the remaining holdings increased. These judgements proved generally correct as sterling rapidly recovered by the year end and prices of long TIPS rose strongly from their nadir. The strong performance of TIPS was central to avoiding greater losses in March.

Notwithstanding a busy year, the overall asset allocation does not look dramatically different at the end than it did at the beginning. Equity, credit and cash positions have marginally increased and inflation linked bonds have been correspondingly reduced but the overall shape and defensive positioning of the company remains a consistent theme. Portfolio liquidity is excellent, boosted by elevated cash holdings, a significant weighting to government bonds and our increasing use of ETFs to access those equity markets in which investment trusts are not offering value opportunities.”

‘Not relying on the kindness of strangers’

“Where will we be once the virus has been contained and ultimately defeated? That partly depends on the duration of restrictions and the shape of the recovery. It is clear that some pre-existing trends have been accelerated. British Land believes that online retailers will double their market share to 40%; some estimate that 30% of closed shops and restaurants will never re-open. On the other hand, the evidence from China is that manufacturing can snap back relatively quickly. Travel may be constrained for much longer and is at risk from border controls; this will be particularly tough on tourist-dependent countries in Southern Europe. Deeper structural changes are more important. Globalisation, already under pressure from trade wars, will roll back as its weaknesses emerge. The model of just-in-time, single sourced but complex international supply chains may be replaced by more emphasis on higher inventories with a greater number of, and more local, suppliers.

The extent of policy support has been, and is likely to continue to be, astonishing. The U.S. Committee for a Responsible Federal Budget estimates that the U.S. budget deficit will quadruple to 19% of GDP. In 2021 it is likely that Trump’s ambition (or the Democratic presidential candidate, if he is elected) for a substantial infrastructure programme will still be in place, suggesting a second year of double digit deficits. Central bankers have already spent over $5 trillion on public and private assets and are a long way from finished. Indeed, with the U.S. Treasury backstopping credit risk in corporate and junk bonds, the distinction between monetary and fiscal policy is completely blurred. Monetary finance of government spending will be a sustained feature and will not be deemed an issue so long as inflation does not rise to problematic levels. However, this very mindset significantly increases the risk of inflation actually becoming problematic.

The overwhelming policy support unleashed during March rapidly re-inflated the deflating asset price bubble. At the trough, valuations in mid-March equity values were at interesting levels. At the time of writing, however, the S&P 500 is at 2,940, a level it was at in May 2019. We thought valuations expensive then, corresponding to a cyclically adjusted price earnings ratio of 29x. Since then fundamental values have fallen but prices have not.

Investors have learned the lesson over recent decades “not to fight the Fed” and they may be right to do the same again and to buy equities. Their calculation may be that, poor though the prospective returns to equities may be, there is no alternative. Our investment approach has been, and remains, not to be reliant on the kindness of strangers – even one as munificent as the Federal Reserve. For the time being, we continue to proceed with caution, by focusing on wealth preservation and seeking no more than to achieve a modest positive return after inflation, taxes and fees. We will leave it to others to exploit the opportunities of a reflating asset price bubble, with all the risks that entails.”

Distribution of the portfolio at 5 April 2020

In QuotedData’s morning briefing 22 April 2022: Asia Dragon (DGN) has published its interim results for the six months ended 28 February 2022. During the period, DGN delivered an NAV total return of -7.7% in sterling terms, outperforming the -8.1% fall in the benchmark, the MSCI AC Asia Pacific (ex Japan) Index (also in sterling […]

In QuotedData’s morning briefing 14 September 2021: Henderson High Income, managed by David Smith (pictured), made a great start to 2021 outperforming its benchmark by 3.9% to produce an NAV return of 12.3% for the six months ended 30 June. Shareholders did much better than that though as the discount was eliminated, providing a return […]

Latin America is now the centre of the pandemic. While Brazil has been in the headlines most, there are concerns that Venezuela is particularly unprepared to cope, were cases to escalate. The BBC reports that on a per capita basis, Ecuador is the worst affected country in the region. Flexible investment company, Caledonia (CLDN), reported […]

Polar Capital Global Financials (PCFT) reported annual results to 30 November 2019. Over the year, the company delivered a total NAV return of +7.2%, while the shares increased by +8.9%. The main story is that PCFT is set to continue beyond its fixed life (31 May 2020), which we discussed in our recently published update note: Polar Capital Global […]

Lowland has a disappointing year

Lowland Investment Company (LWI) has announced its annual results for the year ended 30 September 2018. The chairman, Robert Robertson, reports that, during the year, LWI saw a combination of modest capital growth and strong revenue growth with an NAV total return of 2.7%. He says that this has been a disappointing year when measured […]