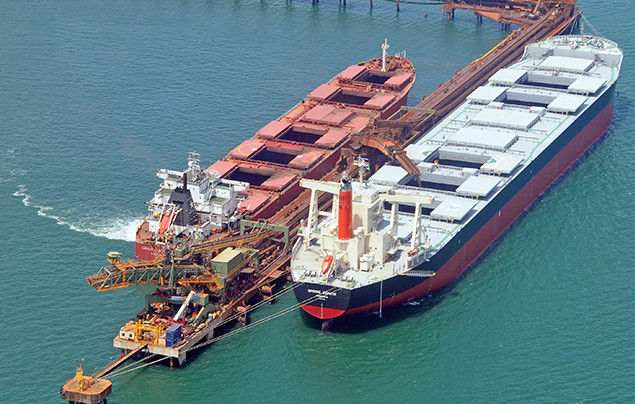 Brazilian exposure depresses Hansa’s returns – Hansa Investment Company has published its first set of results since redomiciling to Bermuda in August 2019 ( “as a result of increasing concerns over the political climate in the UK and the instability and uncertainty this created for Hansa Trust“). It was not a great year for Hansa shareholders. Over the year ended 31 March 2020, the NAV has declined by 18.1% or 50.9p per share and the NAV total return (including dividends – now 0.8p per quarter) was -16.9%. In addition, the discount has widened from 30.5% to 43.1% for the ordinary shares and from 30.6% to 41.2% for the “A” ordinary shares. An investor in the ‘A’ shares is now sitting on a 10% fall in the value of their investment over five years.

The main drivers of returns were a 42% fall in the share price of Ocean Wilsons Holdings and a 25% fall in the value of the Brazilian Real against the US dollar. Excluding the Ocean Wilson Holdings position, the fund fell by 7.4% – more in line with global markets.

BlackRock European Hedge Fund was a standout performer returning 19.7% over the year. Adelphi European Select Equity fell with broader markets in the final quarter of the financial year, taking the annual return to -0.3%, but was still significantly ahead of the MSCI Europe index which was down 11.4%.

In the US, Hansa holds Pershing Square Holdings, which managed to end the year up 13.8% thanks to its derivatives exposure.  Findlay Park American was down 0.7% for the year after to a difficult final quarter but was still ahead of the S&P 500 index thanks to its quality bias. Vulcan Value Equity and Select Equity were down 6.0% and 9.2% respectively

In Asia/emerging markets, despite the relative strength of the Chinese market, NTAsian Discovery fell by 35.3% over the year as it suffered from poor performance in South East Asian markets and its smaller cap bias. The two frontier market focused holdings, SR Global Frontier Markets and BlackRock Frontiers Investment Trust, fell by 15.8% and 34.6%, respectively.

Schroder GAIA BlueTrend was one of the stronger contributors over the year returning 18.0%. This systematic fund follows a momentum driven approach which has proven to be more successful during the market selloff as the momentum factor has significantly outperformed the value factor. The portfolio’s other systematic fund, GAM Systematic Core Macro, follows an approach that has a 50:50 split between momentum and value which led it to small increase of 2.9% over the year. Another strong performer in the diversifying silo was Vanguard US Government Bond Index which returned 11.3% over the year. Hudson Bay also performed well this year returning 7.8% with the fund again demonstrating its resilience when equity markets struggle. Global Event Partners had a more difficult year, down 7.1%, with the fund’s equity market exposure in the final quarter of the financial year accounting for most of the decline. CZ Absolute Alpha also struggled this year producing a negative return of -5.9%.

The direct equity portion of the portfolio was down 16.6% over the course of the year, with its biggest positive contributors being Hansteen, Dollar General and Nexon. The biggest detractors were Orion Engineered Carbons, TripAdvisor (travel) and Hyve Group (conferences and exhibitions).

Slow economic growth ahead of the pandemic, plus the falling oil price and other economic effects of measures taken to tacke the virus all took their toll. Wilson Sons has established a technical crisis committee to manage the company’s response to the pandemic, and has been implementing various measures as appropriate since January. The company has taken a precautionary approach in order to increase its cash position and preserve financial flexibility. At the end of March, cash equivalents and short-term investments amounted to $96.8m and in the first quarter the company signed financing agreements totalling US$24.6m (denominated in Brazilian Real) to reinforce short-term liquidity.

In May, operational numbers show that over the first five months of the year, container terminal volumes are down 0.9% on last year and towage manoeuvres are down 4.5%. For the first quarter, there was a 3.3% decrease in EBITDA in dollar terms ($36.1m vs $37.3m in 2019), although this was 14.4% higher in R$ terms. Earnings fell mainly as a result of decreases in logistics and offshore support base results.

Container terminal revenues declined as Brazil’s economic growth remained sluggish, although cost reductions mitigated some of the losses. The Rio Grande terminal reported weaker volumes, and was affected by cancellations caused by the Chinese New Year as well as the Coronavirus outbreak. However, the Salvador terminal reported a 12.4% increase in operating volumes, with strong performance from transhipments and imports, with a big rise in solar panel imports for the development of photovoltaic power plants. The civil works to extend its principal quay were 95% complete at the end of March. When extended, the 800m quay will facilitate access for bigger ships to the port and to the largest economy in the north-east of Brazil.

The towage division has been exposed to a reduction in iron ore exports and a very competitive environment affecting volumes. However, revenues were up 4.1% in the first quarter as overall prices improved, despite weaker volumes. The oil services division continues to explore alternative revenue streams for its off-hire vessels and base areas. The company remains focused on increasing cash flow and improving capacity utilisation across its businesses in order to maximise shareholder value.

The Ocean Wilsons Investment subsidiary was valued at $285.3m at the end of December 2019, which represented an increase of $26.4m (10.2%) from the valuation at the end of December 2018 ($258.9m), and a further $4.75m in dividends was also paid out from the portfolio during this time. The portfolio continues to be biased towards equities, both public and private, reflecting its long-term nature, but also includes some assets which display lower correlation to equity markets.

In QuotedData’s other news 7 August 2019 – Hansa Trust will be kicked out of UK indices on liquidity grounds (free float too small) when it redomiciles to Bermuda, […]

Hansa Trust, which has published results for the year ended 31 March 2016, says it has had a challenging year, particularly due to its exposure to the Brazilian […]

Hansa Trust has announced its interim results for the six-months ended 30 September 2015. During the period, the trusts NAV fell 4.1% on a total return basis. The […]

Hansa Trust has published its annual results for the year that ended on 31 March 2014. It announced a the results of a strategic review in April that will, […]