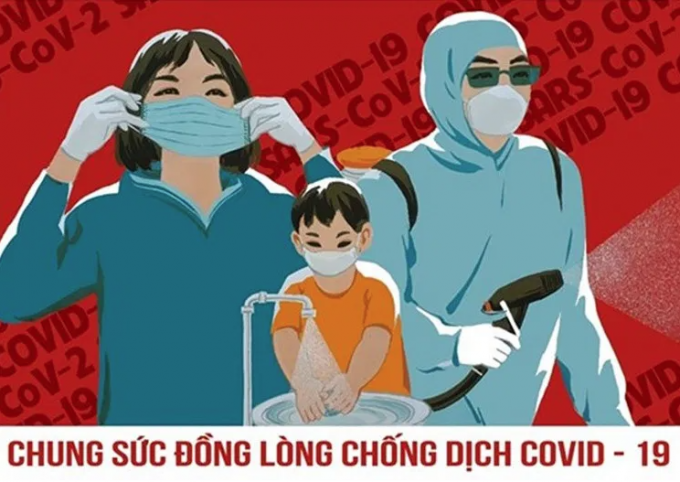 The FT publishes some high-quality data about the spread of COVID-19. Measures of confirmed cases are distorted by a lack of testing in some parts of the world, but the death statistics are harder to argue with. The disease has sadly claimed the lives of at least 500,000 people. In April, these deaths were mainly occurring in Europe (including the UK) and the US. Today, the problem is more acute in Latin America. Setting India aside, the region that seems to have fared relatively well so far is Asia, which has drawn on its experience in tackling the SARS epidemic in 2002-04. However, as we know, even within regions, there are vast disparities in the success in tackling the disease.

One real success story has been Vietnam, which, despite being very low income (Vietnam has a GDP per capita around two-fifths of that of China and around 16% of that of the UK) and having a less developed healthcare system as a result, has had no deaths at all. Its last COVID-patient – a British pilot, who was in intensive care in a Vietnamese hospital since March – is set to return home in just over a week. This impressive outcome is credited to strict quarantine rules, school closures, extensive contact-tracing and localised lockdowns.

Vietnam’s economy was impacted by the measures taken to tackle the virus but still managed to grow by 1.8% over the first half of the year. Weakness in areas such as tourism was offset by stronger agricultural and industrial sectors. The government is aiming for 4.5% GDP growth over 2020 as a whole and, in a recent presentation to investors, the managers of VinaCapital Vietnam Opportunity Fund (VOF), said they thought it might pull this off.

Given this, you might think that Vietnam’s market would be one of the world’s best performing this year. However, you’d be wrong. Looking at the returns of various MSCI Indices, while it has bounced hard since the sell-off, Vietnam lags China by a long way.

In a knee-jerk reaction to the pandemic, investors pulled money out of emerging and frontier markets. The three dedicated Vietnam funds have suffered as a result and listed equities are trading at relatively low valuations. VOF has held up better but that is partly because it has a large proportion of its portfolio in private equity (about a quarter). This is being revalued now and we’ll have to wait to see what impact that has on VOF’s NAV.

Given that Vietnam is a frontier market, you might be forgiven for asking why there is so much interest in it. It is a story of an incredible transformation and great potential, however. Vietnam’s manufacturing industry has boomed, in part as Chinese manufacturers have moved production to the country. This has helped drive growth in consumer spending, but Vietnam’s growing exports have also helped strengthen its currency. There is a realistic chance of Vietnam being upgraded to emerging market status within the next few years. Other countries that have been promoted have experienced significant inflows of foreign investment and soaring stock markets.

Rapid economic growth can have some downsides too. Recognising this, one of the three Vietnamese funds, Vietnam Holding (VNH) is placing ESG (environmental, social and governance) concerns at the centre of its stock selection process.

Setting aside VOF’s private equity exposure, there is a fair bit of overlap in the portfolios of the three funds.

VNH is managed with a concentrated portfolio of just 24 stocks. The manager has sought to capture the benefits of the country’s economic growth and the increase in consumers’ disposable income. While forecasting earnings may be even more of an inexact science than usual in current times, VMH’s portfolio looks cheap trading on an earnings multiple of 9.1x for 2020 and 7.4x for 2021.

Frontier market investing comes with additional risks (see my chat about the unfortunate history of Aberdeen Frontier Markets in this week’s show, for example) but Vietnam’s success – both in dealing with COVID and growing its economy – deserves to be recognised. The managers of these funds see substantial upside if foreign investors regain their nerve and reinvest in the country. These are long-term investments, however.

In QuotedData’s morning briefing 28 April 2021 – Vietnam Enterprise (VEIL) delivered a 22.8% total NAV return over its financial year to 31 December 2020. This represented a […]

In QuotedData’s morning briefing 24 February 2021 – Vietnam Enterprise Investments (VEIL) announced yesterday that with effect from 1 July 2021, the management fee will be amended to […]

Vietnam Holding results affected by COVID – Vietnam Holding has announced results for the year ended 30 June 2020. Over that period, the NAV fell from 214.1p to 186.8p […]