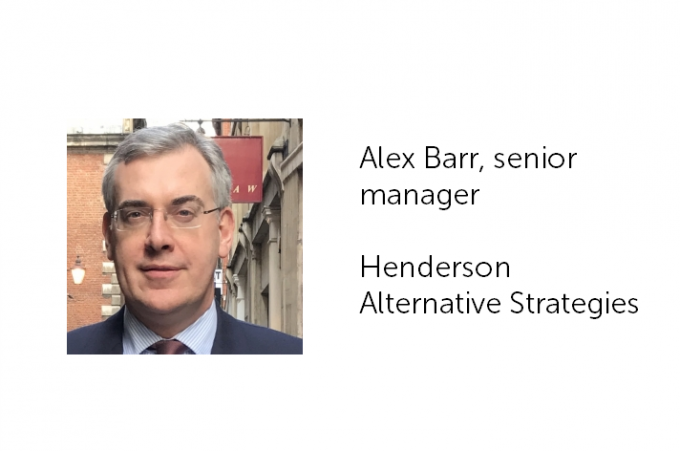 Henderson Alternative Strategies disappoints again – On 3 July 2020, shareholders in Henderson Alternative Strategies approved a plan tp sell off the portfolio and return the proceeds to shareholders. Over the year to the end of March 2020, the NAV total return on the fund was -13.8%, well below the -6.0% return posted by the fund’s benchmark (the World Index). The discount widened to 26% from 20%. The dividend for the year was 5.5p, down from 7.5p for the prior year.

[The end of March was close to the bottom of markets but HAST’s NAV has rallied by just 11% since then. To be fair to it, many other funds managed in a similar style have also struggled this year and the trust is by no means the worst performing of these. However, over 10 years, Henderson Alternative is the worst performing fund in the Flexible Investment sector. We aren’t surprised that investors lost patience or that they rejected a proposal from the managers to shift the focus of the portfolio to more illiquid investments. The trust’s current 10% discount reflects investors concerns about the illiquidity of the existing portfolio. A large proportion of the share register is owned by investors who want to benefit from a narrowing of that discount.]

The manager sets out a detailed performance attribution statement which we reproduce here.

“As set out in out in our half year report (update for the six-month period to 30 September 2019), we saw strong performance from listed private equity (PE) investments (which included Harbourvest Global Private Equity and 3i Group), and unlisted investments Mantra Secondary Opportunities and Renewable Energy & Environmental Infrastructure Fund II (“REEIF”). The listed PE portfolio saw re-ratings as well as strong underlying NAV growth, whilst Mantra and REEIF achieved healthy, profitable exits from underlying investments during the period. As markets reacted adversely in the final quarter of the Company’s year to the rapidly developing COVID-19 pandemic, listed private equity discounts widened as investors became concerned over the quality of lagged NAVs and those funds’ over-commitment ratios (Private Equity limited partnership funds report (for those reporting quarterly) on a one quarter lagged basis. Certain listed ‘fund of private equity funds’ use fair value adjustments to reflect changes in value of similar assets in public equity vehicles). Whilst the private equity industry has become more conservative in the wake of the 2007-2009 global financial crisis (“GFC”) with regard to leverage use and commitment coverage, the greater prevalence of debt usage throughout the private equity eco-structure is of a more recent issue. The immediate outlook for portfolio company exits (sales) has been, and remains, of additional concern, and was a key factor in listed private equity discount widening.

Riverstone Energy, the listed private equity investor in US oil and gas ventures, fell heavily in the three months to mid-October last year, against the backdrop of a declining oil price and which translated into reduced growth forecasts for US domestic energy producers. Subsequent to this unhappy occurrence, the onset of COVID-19 dented heavily oil related investments’ values owing to the significant drop in demand for oil – the IEA (International Energy Agency) expect global oil demand to fall by a record 9.3mb/d (source, IEA Oil market Report April 2020. Mb/d is ‘million barrels per day’) year-on-year in 2020. Our thesis for holding Riverstone post its initial fall was predicated on its deep value discount to NAV, indeed, the company’s current market capitalisation remains less than its balance sheet net cash (as at 1 May, source – JP Morgan). This state of affairs has allowed Riverstone’s board to take action to narrow the discount (to NAV) by returning cash and we were pleased to see a significant share buyback announced this May and subsequently enacted. Riverstone has since rallied over 60% (source, Bloomberg. Riverstone performance +68% 1/5/20 to 14/5/20).

Our hedge fund exposure delivered a positive contribution to performance which was led by the Blackrock European Hedge Fund and Sagil Latin American Opportunities Fund. With the former, drivers to performance have come from a bias to quality and growth, select long positions in the US and Europe and a very timely rapid move out of value cyclicals. Whilst the latter fund saw a low-teens drawdown in March, the 11-month performance prior had been strong, resulting thereby in a net positive return for the 12-month period. As we noted in our half year report, Sagil had impressed us in 2019, given the volatility originating in Argentina over the summer.

Our credit exposure as a whole benefited from a general tightening in spreads over the first half of our reporting year, although, sadly, such gains disappeared when spreads widened in the first quarter this year. The Ashmore Emerging Markets Short Duration Fund, with its three largest geographic exposures in China, Argentina and Ecuador, fell heavily as some of its liquid holdings saw disproportionate declines when investors made decisions to ‘sell what they could, rather than what they wanted to’ (source, Ashmore, ‘Emerging View, April 2020’).

Within our public equity allocation, we were hurt by the economic exposure (‘economic exposure’ represents the investment in the underlying index multiple multiplied by the number of contracts held) to our Euro Stoxx 50 Index Dividend Future (expiry date 16/12/22) investment, a marked detractor to performance. Our original purchase was based on the better risk/reward characteristics of dividend futures at the time versus mainstream European equities. Dividends have historically proven to be more robust than earnings in previous recessions, and are also not subject normally to the de-rating effect that stocks suffer from as investors de-risk in the face of economic uncertainty. Nevertheless, dividend futures are vulnerable to significant price weakness in moments of heightened volatility as experienced this March, and this was notably pronounced as companies were forced to stop distributions in return for state bailouts (or took the opportunity to delay or cut dividends in order to preserve cash). As dividends are generally paid from profits from the previous calendar year, we feel confident that by 2022 most cyclical sectors will have re-instated their payouts, while more defensive companies will feel confident enough to resume their progressive payment policies. Moreover, weaker companies which cannot support dividend distributions tend to fall out of the index and are replaced by firms that have proven to have more resilient characteristics.

Burford Capital, a litigation funding business, fell heavily in August following a critical research note published by short-seller Muddy Waters. The circa 50% fall in Burford’s share price was concentrated over a two-day period. Muddy Waters’ report had, amongst other points, alleged that Burford misrepresented returns and had poor governance. Whilst Burford management acted swiftly to address all issues, absolute performance has remained lacklustre, with many investors reluctant to return, despite significant resolution of transparency and liquidity concerns. The former (transparency, and in particular, its improvement) was one of several catalysts that we felt might serve to rebuild ‘the fragile confidence in the company’ that we referred to in our half year results. Whilst not fully immune from the COVID-19 crisis (which may impact on short term realisations and cash deployment) litigation funding remains an attractive long-term asset class, with pay-off structures not dissimilar to venture capital. This longer-term thesis is supported by the significant discount to which Burford trades compared to analysts’ price targets.

Within our property allocation the contribution from Summit Properties and Urban Logistics was positive. however Overall returns, however, were impacted in this area by the long-term holding of CEIBA Investments, the listed Cuban Real Estate investor which has seen its discount to NAV widen primarily as a result of tightening US sanctions against Cuba. Whilst Cuba appears not to have been affected significantly by COVID-19, CEIBA has suffered hotel closures, has had to curtail hotel and resort development as a result of unavoidable lockdown and control measures and has consequently announced the cancellation of its 2020 dividend.

Our commodity exposure is effected through the Bank of America Merrill Lynch Commodity market neutral approach which performed strongly over the year. This systematic strategy generates returns from persistent inefficiencies (‘risk premia’) in commodity futures markets. The strategy performs particularly well when there is over-supply in markets, which became especially acute late in the period when most economies went into lockdown and demand for basic resources evaporated.”

In QuotedData’s morning briefing 12 October 2020: Henderson Alternative Strategies reports that cash accounts for about 74% of the portfolio as at 9 October 2020. The manager expects that […]

Henderson Alternative Strategies (HAST) has released the following update: “In our interim results for the half-year to 30 September 2019, we reported that Alex Barr, the senior portfolio […]