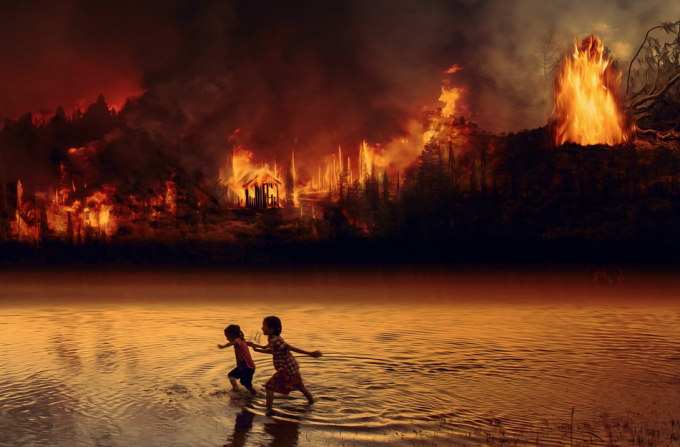 Over the next few weeks, QuotedData is hosting a series of webinars focused on ESG – environmental, social and governance – aspects of investing that are increasingly important to investors.

The first of these, on 24 November, will look at the ‘E’ in ESG. The main thrust of the debate around tackling the environmental issues that face us is on climate change. However, there are other important considerations in this area – the availability of clean drinking water, how we handle waste, and how we clean up plastic pollution, for example.

We think that the investment company sector is reasonably well set up when it comes to tackling problems with the environment. We have Impax Environmental Markets (IEM) and Jupiter Green (JGC), which are funding the companies that are coming up with solutions. We have two funds investing in listed companies within the renewable energy infrastructure sector – Ecofin Global Utilities and Infrastructure and Premier Miton Global Renewables. We have a fast-growing and popular renewable energy sector and we also have a swathe of investment companies whose managers place ESG considerations front and centre when making investment decisions.

There is probably scope for greater competition in the environmental sector. It is interesting that IEM and JGC don’t really have much exposure to unquoted stocks – you might think that there would be opportunities to invest in private companies with cutting edge technologies, for example.

The number of funds in the renewable energy sector is already growing. This year has seen one successful new launch, Triple Point Energy Efficiency Infrastructure, and three more underway – Downing Renewables and Infrastructure, Ecofin US Renewables Infrastructure and VH Global Sustainable Energy Opportunities. It may be that they all succeed, expanding the sector to 17 investment companies.

There are some sub-sectors within renewables that might end up being spun out on their own. We already have two funds focused on battery storage. Both have ambitious plans to expand. We can easily imagine that a third will launch at some point. Similarly, there may be scope for another fund focused on promoting energy efficiency – certainly the sums that will be invested in this area are considerable.

Likewise, there is considerable scope for more money to be deployed in renewable energy generation. Bluefield Solar, one of our panellists on Tuesday, just managed to raise £45m (just shy of 10% of its issued share capital) in a few days. It said that the placing was well over-subscribed. We commend them for favouring existing shareholders when it came to deciding how much stock investors got.

Of the three new funds, we have written an IPO note on Downing Renewables and Infrastructure. It is looking for £200m to invest in a portfolio of renewable infrastructure projects spread across northern Europe. Like JLEN Environmental Assets, it sees benefits in diversifying its sources of revenue. It has an option over a portfolio of solar projects worth £41m and its manager has £70m of investments under exclusivity. So, if it can raise the money, it may be able to deploy a meaningful chunk of it quite quickly.

The new Ecofin trust (RNEW) aims to raise $250m. It would be a competitor to US Solar. That fund’s share price had been drifting off until recently but the US election result (if we can call it that) seems to have given it a shot in the arm. The hope must be that a Democrat government will be more favourable to renewable energy. Biden has already said that he plans to sign the Paris Agreement, which is good news. RNEW has a portfolio of four solar assets worth $61m lined up and access to a $3bn pipeline. It says it wants to end up with a diversified portfolio. The principal focus will be on solar and wind, but the prospectus says it is looking at battery storage, biomass, hydroelectric and microgrids, as well as other sustainable infrastructure assets such as water and waste water.

The VH fund (GSEO) is the most ambitious – it is looking for up to £400m. The manager is fairly new, having only been established in May 2020, but the team has a five-year track record built up working for a global project finance banking group (Mizuho). It won’t be publishing a prospectus until January 2021. The other two launches plan to close in December.

The scale of the opportunity in renewables alone is vast. Downing’s prospectus includes a stat from Bloomberg New Energy Finance which implies $10trn of investment in renewable energy by 2050. The commitments that countries are making to net zero emissions help underscore the story. The outlook for investment in the environment looks sunny. Hopefully it will help turn things around.

JLEN NAV declines on tax hike and power prices – JLEN Environmental has published its results covering the year ended 31 March 2021. The NAV has fallen from […]

In QuotedData’s morning briefing 9 June 2021 – JPMorgan Indian (JII) announced interim results to 31 March 2021. While the fund performed well, it was of course a […]

Triple Point Energy Efficiency publishes first results – these cover the period from launch on 19 October 2020 to 31 March 2021. The company launched with £100m, adjusting […]

JLEN gets an ESG-linked credit facility

JLEN gets an ESG-linked credit facility – JLEN Environmental has agreed a new committed multicurrency revolving credit facility (RCF) of £170m and an uncommitted accordion facility of up to £30m. […]