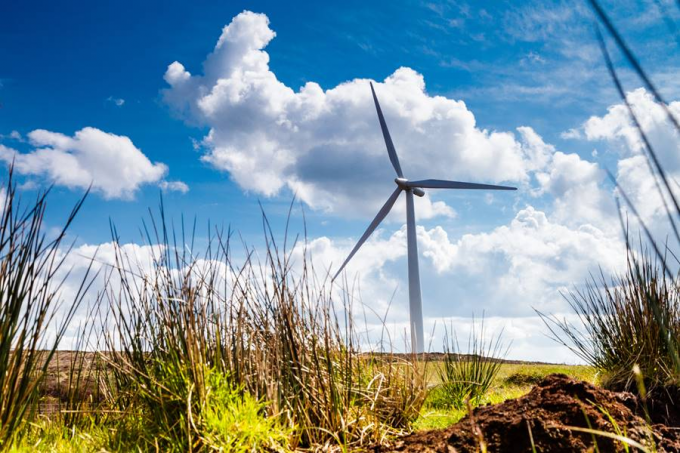 Greencoat UK Wind held back by falling premium – Greencoat UK Wind has announced final results for the year to 31 December 2020. While the NAV increased from 119.7p to 120.4p (+0.6%) during the year, the return to shareholders was -6.2% as the premium fell. This may reflect share issuance but falling power prices have also weighed on the sector a little. 2020 highlights are:

Portfolio generation was 3% below budget. Power prices were also below budget, primarily reflecting low gas prices and low power demand as a result of the COVID-19 pandemic and associated lockdown, especially in the first half of the year. Nevertheless, dividends were covered by cash generated by 1.3x. Generation was affected by extremely high winds in February 2020. They say “not all of the higher wind resource was converted into generation”, which we take to mean that wind turbines were locked down to prevent damage.

During 2020 Greencoat UK Wind made investments and commitments totalling £1.3bn, of which approximately 70% was in wind farms subsidised under the old ROC regime. It says that, although it is starting to see attractive CFD and subsidy free assets within its significant acquisition pipeline, it expects that significant future investment will continue to be made in UK wind farms accredited under the ROC regime.

The base case weighted average discount rate used to value to fund’s future cash flows to produce the NAV was lowered from 7.5% to 6.9% over 2020. In part, this reflects a higher proportion of subsidies within the revenue mix (the offshore wind farms attractive higher subsidies). They are using an estimated 30-year average power price of £44.53 per MWh in the NAV calculation. The average price for the second half of 2020 was £41.98 per MWh.

In QuotedData’s morning briefing 25 February 2021: Following its recent good news, KKV Secured Loan Fund will hand back 5p per share (£17.8m) to ordinary shareholders and 12p per share (£16.7m) to C shareholders. The ex date for these distributions will be 5 March 2021 and payment should arrive within the next couple of weeks after […]