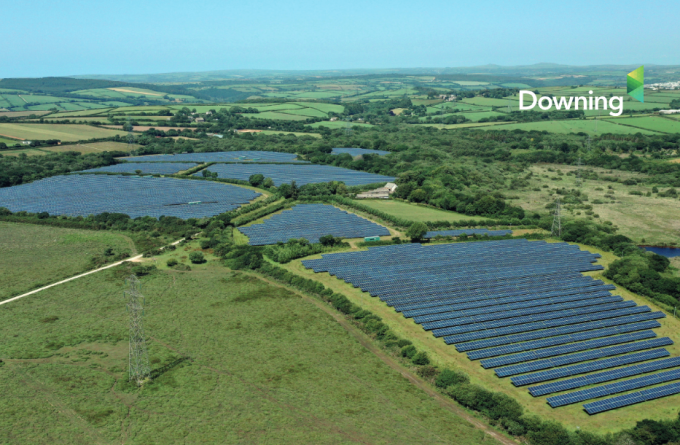 We also have an intention to float announcement from Great Point Entertainment. It will provide project finance to content makers and commissioners in the global television and film production industry via senior loans secured against pre-sold intellectual property rights.

In QuotedData’s morning briefing 12 May 2021 – Schroder Income Growth’s (SCF’s) reported interim results to 28 February 2021, with the NAV returning 16.1% (compared to 12.0% delivered by the FTSE all-share index.). SCF’s share price outperformed the NAV, with a total return of 19.6%. Law Debenture (LWDB) announced yesterday evening that further to the recent announcement regarding the issuance […]

In QuotedData’s morning briefing 7 April 2021 – Urban Logistics REIT (SHED) has bought two assets for a total of £21.7m at a 6.14% net initial yield. The assets are in Warrington and Edinburgh. SHED also provided an update on its rent collection, noting that it collected 99% of rent due for the quarter to June. […]

In QuotedData’s morning briefing 29 March 2021 – VietNam Holding (VNH) had an excellent interim results period to 31 December 2020, with its NAV increasing by 38.7% in USD terms. Vietnam’s early success in containing COVID-19 helped it re-open its economy much sooner than many other nations. Within the portfolio, VNH’s overweight position in HPG, the leader in […]

In QuotedData’s morning briefing 24 March 2021 – BMO Private Equity (BPET) announced that the software company, Dotmatics, in which it has a holding, has entered an agreement for its sale to US-based company Insightful Science. The transaction is expected to complete early in Q2. The investment is led by Scotland based growth equity investor […]

In QuotedData’s morning briefing 8 March 2021 – Gore Street Energy Storage Fund (GSF) announced that strong operational performance has led to further significant growth in its NAV. As at 31 December 2020, the estimated unaudited NAV represented a 2.4% increase over the previous quarter. Post period end, the company has made further progress in the commissioning of […]

In QuotedData’s morning briefing 3 March 2021 – Sequoia Economic Infrastructure Income (SEQI), the specialist investor in economic infrastructure debt, raised £110m in a placing. A total of 104,513,064 new ordinary shares will be issued at a price of 105.25 pence per share. Steve Cook, head of portfolio management at Sequoia Investment Management Company (SEQI’s manager), said: “We […]