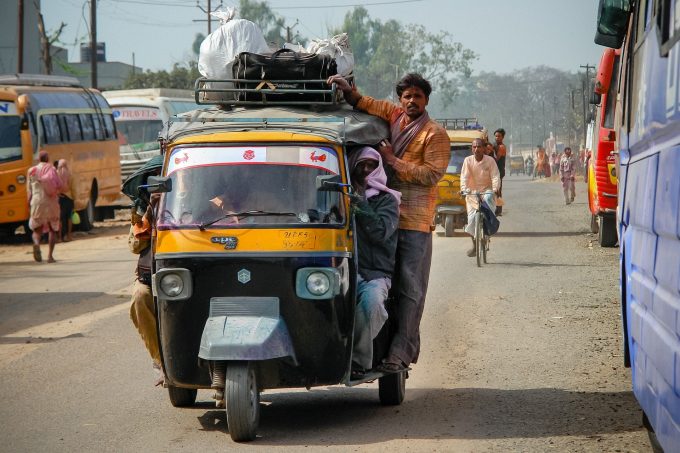 Ashoka India Equity (AIE) performed well over its interim results to 31 December 2020, with the share price and NAV delivering total returns of 39.1% and 28.6%. This compares with the benchmark MSCI India IMI index’s 27.1% return.

Returns led by Infosys and Coforge while Bharti Airtel detracts

Infosys, which had an ending weight in the portfolio of 7.5% at the period end, contributed 349 bps to AIE’s return. Infosys is India’s second-largest IT services company with US$12bn in annual revenue, a strong global presence and a high-quality customer portfolio. It operates across seven major verticals: banking, financial services, and insurance; retail & consumer packaged goods (CPG); communications; energy and utilities; manufacturing; hi-tech; and life sciences. Since Salil Parekh’s appointment as CEO in January 2018, Infosys has made strong investments in building digital capacities, onshore talent acquisition and increased sales and marketing efforts. Results of these initiatives are showing up in strong deal wins translating into industry-leading growth with improving margins.

Coforge’s closing weight was 3.9%. It contributed 327 bps to AIE’s total return. AIE describes Coforge as a fast-growing, mid-sized IT services company with approximately US$600m in annual revenues and is present across three major verticals – travel & transportation, insurance, and banking & financial services – which collectively account for 75% of its revenues. It has a niche positioning in both travel and insurance.

AIE’s manager, Acorn Asset Management, had this to say in their outlook: “Breakthrough announcements of successful vaccines in November 2020 likely marked the beginning of the end for this pandemic. However, for developing nations like India, the cost and logistical requirements of the early vaccines (Pfizer-BioNtech and Moderna) render them largely unfeasible for nationwide deployment. Approval of Oxford-AstraZeneca’s vaccine by the UK authorities followed by similar approval for the same by the Indian Government is a major positive development, given that this vaccine presents a practical alternative for mass inoculation in the country.

The Serum Institute of India – the world’s largest vaccine manufacturing company – has already stockpiled over 100 million doses and has the capacity to produce a similar number every month to provide for India and other countries. Vaccinations started in India on 16 January 2021 and barring any negative surprises, we expect the majority of the population to be vaccinated by the end of 2021.

The stringent nationwide lockdowns across India created a brief but sharp economic contraction. Since the removal of lockdowns, the economy is rebounding sharply. In December, S&P Global revised India’s GDP growth projection for the financial year 2021 to -7.7%, from -9% estimated earlier, citing a faster than expected recovery. For 2022, S&P has projected growth to rebound to 10%. It is worth noting that this faster-than-expected recovery comes despite a modest fiscal stimulus by the Indian Government compared to many other nations.

Structural change gained further impetus during the year as India pushed through landmark reforms in agriculture and labour markets. Agriculture reforms are aimed at deregulation of pricing and production, attracting private investment in building supply chain infrastructure, and creating a single unified national market for agri-produce. If implemented, the role of inefficient, state-sponsored monopolies is expected to be curtailed significantly. The labour reforms are aimed at simplifying a highly complex set of legacy regulations, many of which were written before 1947 in the pre-independence era. These reforms should significantly reduce compliance burdens on companies while adding momentum to the formalisation of the economy.

PLI 1.0, entailing US$7 billion over five years, aims to create manufacturing hubs for mobile phones, APIs (Active Pharmaceutical Ingredients) and medical devices. It is off to a good start with global leaders such as Samsung and Apple, amongst others, announcing the setting up of manufacturing facilities in India. Government targets call for India to emerge as the second-largest hub for smartphone manufacturing with US$100 billion of exports over the next five years.

Following early success with PLI 1.0, the Government has launched PLI 2.0 worth US$20 billion covering ten industries, including automotive, storage batteries, food processing and networking equipment. The choice of sectors indicates a clear focus on exports which could improve India’s trade balance. These policy initiatives have been supported by tax cuts on new manufacturing units as well as labour reforms and, if followed through with proper implementation, could mark the beginning of a sustained rise of the manufacturing sector in the economy.

India announced a strong annual budget in February with several steps taken along the long road of improving the ease of doing business. It has made many simplifying changes to the administration of taxes while aiming to increase compliance. No material changes in direct taxes indicates the Government’s focus on providing a stable and predictable tax regime. Decriminalisation of the Limited Liability Partnership (LLP) Act, along with a significant reduction in the compliance burden for small companies, removes hurdles to doing business. These measures in turn should help job creation over the coming years.

A pro-growth mindset with a subsequent glide path to fiscal consolidation was also clearly evident given the healthy increase in budgetary allocation towards capital expenditure. Such investment expenditure in building productive assets, as opposed to handing out consumption stimulus or subsidies, which were largely absent in the budget, should help long term economic growth rates.

The budget provided a boost to the privatisation of state-owned enterprises, including banks, through enabling legislative amendments. There were also certain measures initiated to strengthen the financial sector including the setting up of an asset reconstruction company which can drive consolidation of stressed assets and enable faster resolution of the non-performing loans in the system. This should aid system credit growth. An increase in Foreign Direct Investment for insurance companies from 49% to 74% also bodes well for capital constrained insurance companies.

Overall, this should go down as perhaps one of the best budgets from the Government, which reaffirms growth orientation and furthers the Prime Minister’s goal of promoting ease of doing business in India.”

AIE: Ashoka India Equity beats benchmark and says majority of population likely to be vaccinated by the year-end

QuotedData’s weekly news show 1 October 2021 Thank you to everyone that listened in today, whether you watched the Zoom live, on Facebook or on YouTube. In this […]

Following shareholder approval of the implementation of a placing programme at a general meeting earlier this week, Ashoka India Equity (AIE) has now announced that it intends to […]

Ashoka India Equity (AIE) has released year-end results for the 12 months to 30 June 2020. Over the period, which marks the company’s second annual results release since […]