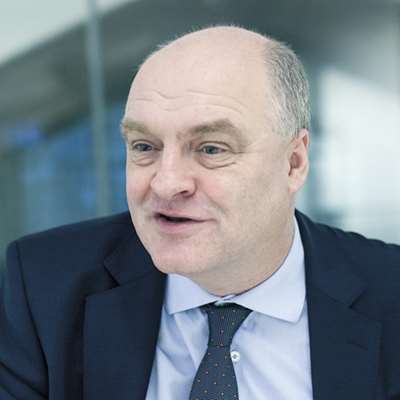 This week’s big news is the planned retirement of James Anderson, manager of Scottish Mortgage Trust (SMT) since 2000 and arguably one of the UK’s best fund managers.

The returns that Scottish Mortgage has generated are impressive – turning £1,000 worth of capital into almost £18,000 over the past 20 years. It is the best performing trust, in NAV terms, over that period. Only Aberdeen Standard Asia Focus, JPMorgan Russian and another Baillie Gifford trust, Pacific Horizon, come close to matching it. It has also far outstripped its benchmark, by a factor of more than four times. Anyone who bought an index tracker instead would be kicking themselves now. (This triumph of active management isn’t a fluke – 12 of 14 global trusts have beaten the MSCI World Index over 20 years.)

Unsurprisingly, investors are already asking whether this news is another reason to sell Scottish Mortgage, and the discount has widened slightly this morning (Friday 19th) on the news.

First thing to note is that James doesn’t actually retire for more than a year. Secondly, he is handing over to Tom Slater, who has worked on the trust since 2010 and been joint manager since 2015. He will be assisted by Lawrence Burns, who has been working for Baillie Gifford since leaving university in 2009. The partnership’s approach to running money has been developed and codified for many years and should now be ingrained. Nothing should change in terms of the investment style.

Next, I would point out that the trust has been very good at buying back stock to prevent its discount widening too far for too long. In fact, in terms of the number of shares in issue, the size of the trust peaked on 7 June 2019 and since then it has bought back over £630m worth. I would not worry too hard about the discount either.

The much bigger question is whether Scottish Mortgage’s investment style will remain out of favour for a while yet. The shares peaked on 15 February and have slid by almost 20% since. The trigger is hard to pin down but the smoking gun is rising long term interest rates in the US, which we wrote about a couple of weeks ago. If you recall, rising rates can depress valuations of growth stocks, whose cash generation is weighted towards the long term.

However, falling interest rates since the financial crisis of 2008 are far from the only thing that has been propelling Scottish Mortgage’s NAV higher since then. It has been backing, often at an early stage, companies that are transforming the global economy. Any manager that can identify those stocks and secure an investment in them (which Baillie Gifford seems to have a good track record of doing) should continue to outperform over the long term, even if sentiment swings more decisively in favour of value over growth.

There is a caveat to that, and I suppose it is the biggest question facing investors: is the existing portfolio overvalued?

Last July, we wrote to you about Baillie Gifford US Growth and I drew parallels between the Baillie Gifford investment approach and that of Ben Rogoff, manager of Polar Capital Technology. Baillie Gifford pushes the idea that the key to making money is to identify exceptional growth businesses and then hold them until that growth potential is fulfilled and the market has rewarded that in terms of valuation. It seems to me that Ben recognises that but puts greater emphasis on worrying about the downside, as yesterday’s hot technology is superseded by the next big thing.

Most investors in high growth stocks will tell you that markets struggle to value growth companies – insisting on applying valuation multiples on near term profit forecasts, for example. Ben Rogoff stresses the need to look at valuations in the context of a company’s total addressable market.

Last year, I was starting to worry about Baillie Gifford’s seeming unswerving loyalty to TESLA. Was it writing off the threat posed to the battery industry by advances in hydrogen technology, or to electric vehicle margins posed by advances made by other automakers? Was it dangerous to ignore the key man risk posed by Elon Musk (especially given they also have sizeable exposure to SpaceX)? Above all, was it counting on TESLA pulling as yet undreamed of rabbits out of hats to substantiate the valuation?

When Baillie Gifford booked substantial profits on its TESLA position, I breathed a sigh of relief. My fear that valuation concerns were being ignored, or that Baillie Gifford had backed itself into a corner by adopting a high-profile position in support of the company, eased.

I am not going to tell you categorically that Scottish Mortgage will not fall further. Market sentiment can have a dramatic impact on short/medium term valuations and, until relatively recently it has largely been working in Scottish Mortgage’s favour. What I would say is that I don’t think there is anything in the announcement of James’s plans to retire that ought to unnerve investors.

James has been the manager and then joint manager of Scottish Mortgage Investment Trust since 2000 and is a co-manager of Baillie Gifford’s international concentrated growth strategy. He chaired the international growth portfolio group from its inception in 2003 until July 2019 and remains co-manager of Vanguard International Growth. In 2003, James also co-founded Baillie Gifford’s long term global growth strategy. Prior to this, he headed its European equity team.

James has served as a member of the advisory board of the government sponsored Kay Review and as chair of the subsequent industry working group that set up the UK Investor Forum. He joined Baillie Gifford in 1983 and became a partner in 1987. James graduated BA in History from the University of Oxford and after postgraduate study in Italy and Canada he gained an MA in International Affairs in 1982. He is a trustee of the Johns Hopkins University.

In his final annual review as joint manager of Scottish Mortgage Investment Trust, James Anderson reflects on the challenge and excitement of the search for extreme returns. Anticipating […]

Investment Trust Insider on Scottish Mortgage – The investment company industry had a good 2017. Money flooded into the sector; we got a couple of new and potentially […]