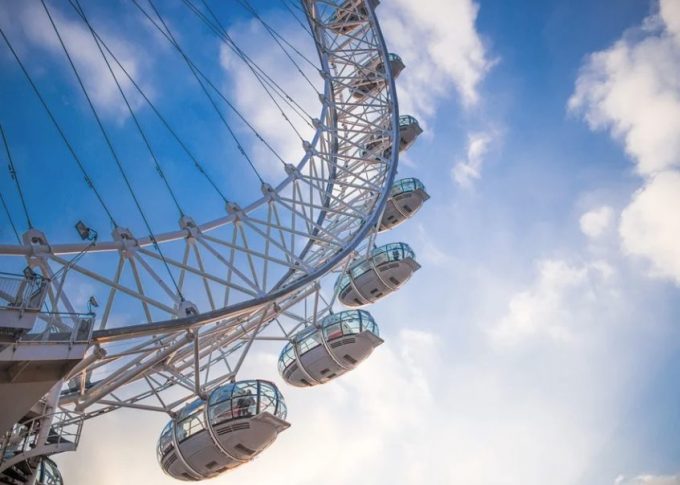 We had results this week from two of the giants of the UK equity income sector. The City of London Trust, which has been managed for 30 years by Job Curtis at Janus Henderson, celebrated its 55th consecutive year of dividend increases. Rival, Murray Income can ‘only’ boast a 48-year track record of consecutive dividend increases, but it is also marking its first set of results since a merger with Perpetual Income & Growth took it through the £1bn market cap mark.

The investment company UK equity income sector proved its worth last year, as most boards decided to use the ‘rainy day’ revenue reserves of their companies to maintain or modestly increase dividends. This contrasted with open-ended funds, many of which saw their distributions slashed. For investors reliant on their dividend income, it was clear that investment companies offered a much better option.

Most UK equity income funds can be bought on a discount

Surprisingly, given this, there is less than a handful of funds whose share prices are trading at a premium to their net asset value. Of the 22 UK equity income investment companies, just three – Chelverton UK Dividend, Diverse Income and City of London trade at premiums. The first two have quite a high proportion of their assets in smaller UK companies, relative to the rest of the sector. Smaller companies have been doing relatively well this year. The Chelverton fund has outperformed Diverse Income by a large margin, but the former is also a split capital company and the gearing provided by its zero dividend preference shares has supercharged its returns. (Although, remember gearing works both ways!).

In City of London’s case, the attraction is that impressive-looking dividend growth track record. However, this year’s dividend increase – from 19.0p to 19.1p per share – was a bit on the small side (just 0.5%). Perhaps this was understandable, given that many of the companies that cut their dividends in the face of the pandemic are yet to rebuild dividends to previous levels.

City of London’s revenue per share for the period was 17.1p – that meant a 2.0p per share transfer from the revenue reserve was required. It still has more tucked away – 8.4p per share at the end of June 2021.

Longer-term, Morningstar’s numbers suggest that City of London’s returns are decidedly lacklustre – 3.9% per year over five years (which compares to 8.4% per year for Murray income). Of the big UK equity income funds, only Temple Bar and Edinburgh returned less (2.8% per year and 1.9% per year, respectively).

(Readers may already know, however, that Temple Bar has had something of a renaissance since the management contract moved to RWC last year. You can read our last note for more detail on this.)

But it’s the one people are buying

The poor five-year numbers do not seem to have hurt City of London’s popularity. Over the 12 months ended 30 June 2021, it issued more than £106m worth of new shares. It and Finsbury Growth & Income are both the largest and fastest-growing funds in the sector.

City of London offers a higher starting yield than Murray Income – 4.9% versus 3.8%. This may be working in its favour.

So, what are the most important factors that investors should be looking for when they choose between UK equity income funds?

The next table ranks the funds in the sector from 1st to 22nd on these measures – a low score is a good sign.

It is a crude method, but the top-ranked fund on this basis is Law Debenture. Its returns and dividend growth have been helped by the success of its trustee business. You can watch our interview with Denis Jackson and James Henderson here. Murray Income is second despite its meagre dividend growth – we talked to Charles Luke last October. City of London, let down by its low NAV returns and relatively low dividend growth, ranks eighth.

Which one would you pick? 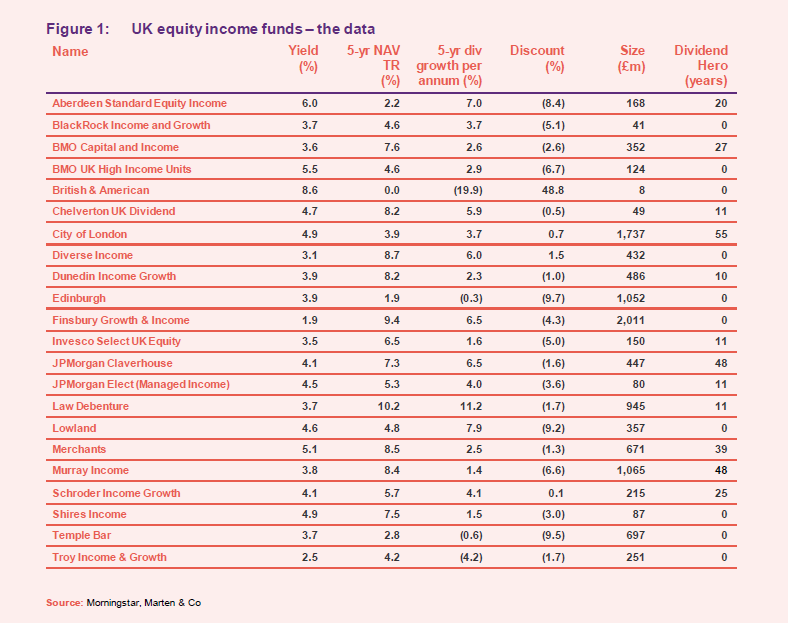 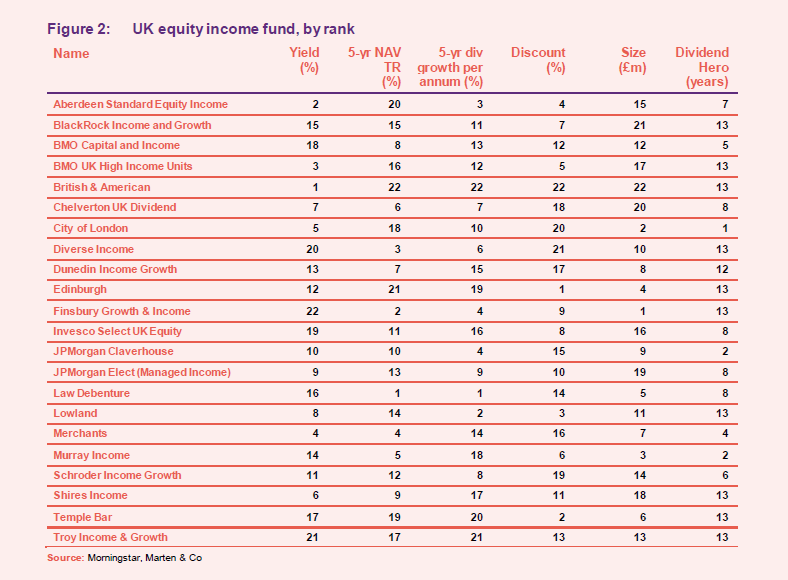 In QuotedData’s morning briefing 1 November 2021: Murray Income (MUT) has entered into a three-year multi-currency revolving credit facility of £50m with The Bank of Nova Scotia, London […]

The City of London Investment Trust has published results covering the year ended 30 June 2021. It just failed to match its benchmark over the period – returning […]

QuotedData’s weekly news show 3 September 2021 Thank you to everyone that listened in today, whether you watched the Zoom live, on Facebook or on YouTube. In this […]

Good start for RWC at Temple Bar – Temple Bar (TMPL) has announced its interim results for the half-year ended 30 June 2021. The first half of 2021 saw TMPL […]

Diverse Income approach pays off – the impact of COVID-19 hit many large dividend paying companies last year. By diversifying its portfolio across both large and small companies, […]