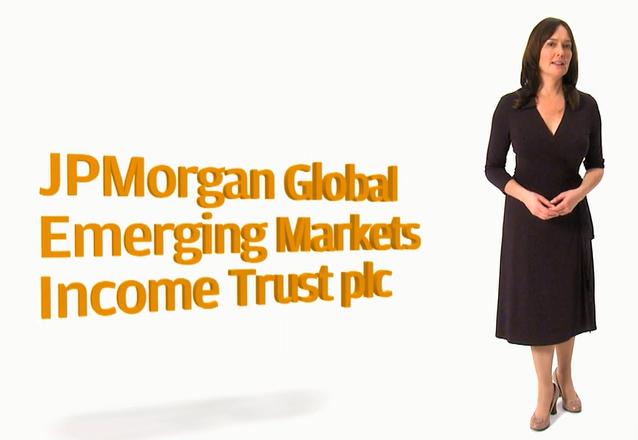 JPMorgan Global Emerging Markets Income Trust (JEMI) has published results covering the 12 months ended 31 July 2021. The benchmark, the MSCI Emerging Markets Index rose 13.9% over the period. However, the company’s total return on net assets was 24.6%, outperforming the benchmark by a considerable margin. The total return to shareholders was 27.8%, reflecting a narrowing of the discount to 6.7% by the end of the period, from 8.8% a year earlier.

The chairman says that the principal reasons for the outperformance were stock selection in China, Russia and Taiwan which outweighed the negative relative contribution from exposure to South Korea and Brazil. Over the long term – in the ten years to 31st July 2021, the compound total return on net assets was 104.7%, compared to a benchmark return of 68.3%.

The dividend was maintained at 5.1p. The revenue account is still recovering from the effects of COVID but the dividend was still not quite covered by net earnings this year which were 4.94p up from 4.28p per share. Revenue reserves of £8.4m, after the payment of the fourth quarterly interim dividend equate to a little over half of future annual dividends at the current level.

With effect from 1st August 2021, JPMorgan agreed to reduce its investment management fee, which is now being charged at the rate of 0.75% per annum (previously 0.9% per annum) on the net asset value.

Lucy Macdonald, ex-manager of Brunner, is joining the board and will become the trust’s new senior independent director.

“The Company’s exposure to China was the most important driver of relative performance. This was due mainly to stock selection – our underweights to some of the pure growth areas (for example technology companies and e-commerce platforms such as Alibaba and Tencent) made a positive contribution to relative returns, as these sectors underperformed over the period. In addition, our positions in financials and consumer stocks (for example China Merchants Bank and Jiangsu Yanghe Brewery) performed relatively well during the year, partly as economically sensitive cyclical stocks outperformed in the rally triggered by the arrival of effective vaccines.

Our exposure to Russia was the second most important contributor to relative performance by country, thanks mainly to the positive dividend policies of our Russian holdings, many of which aim to pay all of their free cash flow as dividends. Favourable demand/supply factors have provided strong support for commodity and materials prices, and as a result, cash flow generation has been high for some of the portfolio’s Russian commodity producers, such as Severstal, a steel manufacturer and Alrosa, a diamond miner. This has fed through to dividends. Even after some good performance underpinned by favourable demand/supply dynamics, we can still find stocks with high (i.e. double digit) dividend yields, although we do, of course, take account of the longer term implications of product prices generally normalizing at lower levels, when considering valuations.

Taiwan was the third most favourable influence on relative performance at the country level. Here, our semiconductor holdings, especially Taiwan Semiconductor Manufacturing Company (TSMC), performed well. Semiconductor producers around the world have been experiencing unprecedented demand for their products from the manufacturers of vehicles, consumer products and data processing equipment. At the same time, the pandemic has severely interrupted supply chains. This has facilitated healthy growth in profits and cash flow for semiconductor producers, and in Taiwan, companies in this sector, such as TSMC, pay attractive dividends.

In terms of negatives, it is interesting to note that although China was a very strong positive contributor overall, our bottom three stocks were all drawn from this market. During the year, the outgoing US administration issued an Executive Order restricting US citizens from investing in certain Chinese companies deemed to have military links. As a result of this order, we sold our positions in two Hong-Kong based companies. CNOOC, an oil and gas producer, was on the list of banned companies and although China Overseas Land and Investment (COLI), a real estate development company, was not, we sold this position as a precautionary measure. In the case of Ping An Insurance, the Chinese insurance sector has seen some disappointments in terms of delivered growth rates; this combined with more concern over capital requirements this led us to trim our position here.”