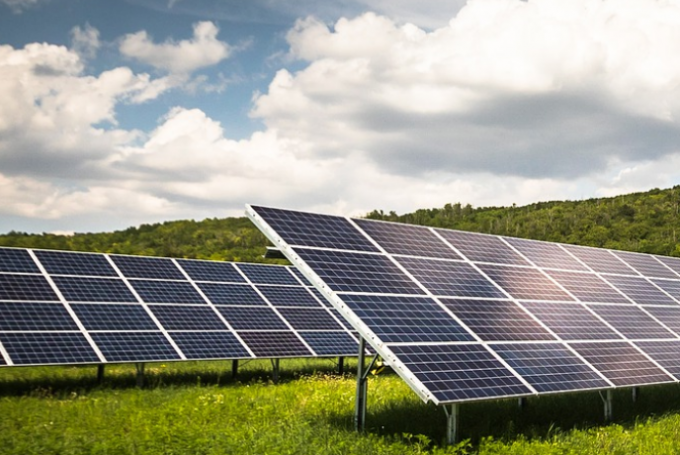 Ecofin US Renewables has published trading update ahead of today’s AGM. It says that the US renewable energy industry continues to offer bright prospects for ongoing investment and growth, even while facing the near term challenges of supply chain constraints, inflation, and a trade dispute on imported solar products.

In the first quarter of 2022, the American Clean Power Association reported that 6.6 GW of U.S. wind, utility-scale solar, and battery storage capacity was installed, representing $9.3bn in capital investment and an increase of 11% year-on-year.

In the short term, however, the pace of installations has slowed following a March 2022  US Department of Commerce investigation into anti-dumping and countervailing duties on solar products from Chinese-controlled companies being imported from Vietnam, Cambodia, Thailand and Malaysia. Combined, these four countries account for approximately 80% of US imported solar modules. The investigation, and its prospect of very significant tariffs being imposed retroactively on imported solar products beginning on 1 April 2022, had caused project installations to slow down. The US solar industry trade group, SEIA, had reduced its solar installation forecast for 2022 and 2023 by approximately 46%.

Given that this was risking President Biden’s goal of decarbonising the US power grid by 2035, on 6 June 2022, the Biden administration responded by issuing an executive action that directs the Commerce Secretary to implement regulations that would preclude imposing any new tariffs on imported solar cells and modules from those four countries for 24 months. Additionally, President Biden invoked the Defense Production Act by citing an emergency in electricity supply to serve as a catalyst for expanding domestic manufacturing of clean energy products such as solar modules in the coming years. If the Commerce Department ultimately determines that tariffs on imported solar products from those four countries are warranted, no duties will be due over the 24 month period covered in the executive action. While a legal challenge cannot be ruled out, Biden’s executive action is widely being viewed as providing a safe harbor for US solar installers and developers to procure solar modules from a reliable source and to resume their rapid growth of installation in the coming months.

The investment manager believes that Ecofin US Renewables (RNEW) is well positioned to take advantage of the attractive investment opportunities that will be available over the medium to long term.

The unaudited NAV as at 30 June 2022 will be announced at the end of July.

Ecofin US Renewables Infrastructure Trust plans to raise new capital by way of a placing of new ordinary shares at a price of $1.015 per share. The company […]

In QuotedData’s morning briefing 19 October 2021: Augmentum Fintech (AUGM) is making a £10m investment into Zopa as part of that company’s latest funding round of £220m. The […]

Care home provider Impact Healthcare REIT has announced its intention to issue new equity to acquire an identified pipeline of care homes. The company proposes raising new equity through a placing under its existing placing programme and in addition an offer for subscription to raise up to the Sterling equivalent of €8m. The size of […]

In QuotedData’s morning briefing 22 June 2022: Harmony Energy Income Trust (HEIT) has agreed a debt facility of £60m with NatWest Plc. The five-year facility has an initial margin of 300bps (3%) over SONIA, rising over time to a maximum of 375bps by year five, but is interest-only for the first three years. There is […]