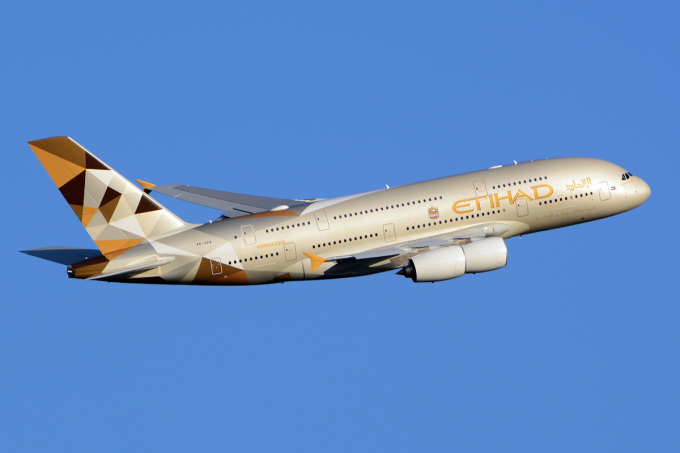 Following on from the announcement on 18 February (which we covered here), Amedeo Air Four Plus (AA4) has announced that it has completed the sale of two A380-800 aircraft to Etihad Airways, bearing the manufacturer’s serial numbers 233 and 237.

The sales included the full repayment of the financing arrangements on both aircraft, including applicable swap breakage and facility prepayment costs. After the payment of all applicable transaction costs, fees and expenses (which amount to approximately £5.1m), the company expects to realise aggregate net cash proceeds of approximately £130.9m.

The board noted that with respect to prevailing market conditions and to existing and anticipated secondary market activity regarding A380 aircraft, they consider the sale to be be a favourable financial result. Following these sales, the company owns six A380-800 and two B777-300ER (which are leased to Emirates Airline) and four A350-900 aircraft (which are leased to Thai Airways).

What about the rest of the A380 fleet?

AA4 says it may seek to identify potential sale and purchase opportunities at appropriate points for other aircraft, though there can be no assurance that the sale of the two A380-800 aircraft to Etihad announced today necessarily affords guidance as to the ability of the company to realise the remaining aircraft, including the six such A380-800 aircraft, or to the value that might be achieved upon such realisations.

It has been an interesting week in the investment companies market. The vast flows into the sector, and the renewable energy area in particular, continue unabated. One of […]

In QuotedData’s morning briefing 23 June 2021 – Weiss Korea Opportunity Fund (WKOF) said that further to its announcement of 9 June 2021, it has made good progress with […]

Amedeo in conversation with Emirates

Amedeo in conversation with Emirates – Amedeo Air Four Plus says that its manager, Amedeo Limited has received written confirmation that Emirates are seeking some form of financial accommodation […]

Amedeo Air Four Plus (AA4) noted that further to its announcement of 17 March 2020 (we covered this here), its board confirms that discussions are continuing between the company’s manager […]