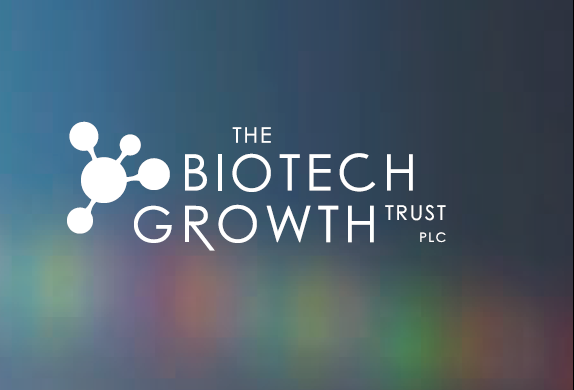 Dramatic year for Biotech Growth – as its chairman says “as a result of the COVID-19 pandemic the year to 31 March 2020 proved to be one of the most dramatic in the history of the company since its inception in 1997.”

US dollar strength and a modicum of gearing helped returns but the main driver was stock selection. A shift to smaller and newer biotech companies, and some investments in Chinese biotechnology companies both helped returns.

“There may be some temporary negative impact to commercial sales, potential delays for clinical trials, possible regulatory delays, and a more dilutive financing environment with the decline in share prices. However, sales of drugs taken by patients at home should be minimally impacted, supply chain disruption for the biotechnology industry has been largely non-existent and the U.S. Food and Drug Administration (FDA) has stated that it intends to adhere to drug approval timelines. Most biotechnology companies are believed to have sufficient cash to avoid any imminent financing needs.”

“Some of the company’s portfolio companies do have active COVID-19 programmes, including Gilead Sciences (developing the antiviral remdesivir), Regeneron Pharmaceuticals (developing antibody treatments for COVID-19), and CanSino Biologics (a Chinese vaccine company which has already advanced a vaccine for COVID-19 into human trials).”

•        Deciphera Pharmaceuticals is a Massachusetts-based biotechnology company developing kinase inhibitor treatments for cancer. The company’s shares appreciated following positive Phase 3 study results for ripretinib in gastrointestinal stromal tumours (GIST) in August 2019, which exceeded expectations. The company expects U.S. Food and Drug Administration (FDA) approval in August 2020 and based on strong data and high unmet medical need, we expect the drug to become the standard of care in fourth-line GIST. Deciphera has an ongoing Phase 3 study in second-line GIST, expected to read out in 2021/22.

•        CanSino Biologics is an emerging Chinese vaccine company developing vaccines for the private pay market in China. The fund participated in the company’s IPO (Initial Public Offering) as a cornerstone investor in March 2019. CanSino’s shares initially outperformed due to investor enthusiasm about their meningococcal vaccine portfolio. Shares gained further momentum when the company began developing one of the leading vaccine candidates for COVID-19 in China, now in Phase 2 clinical trials.

•        Aurinia Pharmaceuticals shares outperformed following the release of successful phase 3 trial results for their novel calcineurin inhibitor, voclosporin, in lupus nephritis. Data from the pivotal trial showed a meaningful increase in the complete response rate for voclosporin when given on top of the current standard of care. This is the first positive phase 3 trial for a lupus nephritis drug in a large, global, randomised, placebo controlled study.

•        Milestone Pharmaceuticals shares fell following disappointing results for their Phase 3 trial of etripamil for the treatment of paroxysmal supraventricular tachycardia. While the drug demonstrated an improvement relative to placebo in converting tachycardia to normal sinus rhythm early on, the placebo response in the later stages of the trial prevented the study from achieving the primary endpoint. These results likely leave the company in need of running an additional pivotal trial.

•        Alexion Pharmaceuticals is a large capitalisation biotechnology company whose lead franchise consists of complement inhibitors for a variety of orphan haematological and neurological indications. The stock declined over the period due to continued concerns by investors about future competition to the company’s lead products Soliris and Ultomiris.

•        Mirati Therapeutics is a targeted oncology company developing a KRAS inhibitor for a variety of solid tumour types. Shares rallied into the JP Morgan Healthcare Conference in January 2020 on the hopes of a possible takeout but then significantly underperformed when no takeout occurred. Shares have also been negatively impacted by competitor Amgen’s more cautious commentary on their own KRAS program.

•        Puma Biotechnology is an emerging biotechnology company that markets the drug Nerlynx for breast cancer. Shares declined over the period because the commercial launch has disappointed expectations, primarily due to the high rate of diarrhea associated with the compound. In addition, changes in standard of care for breast cancer have diminished the market opportunity for Nerlynx.

•        Heron Therapeutics is developing a long-acting form of bupivacaine for post-surgical pain. Despite multiple clinical trials that have shown the superiority of their product HTX-011 versus both placebo and short-acting bupivacaine, the FDA announced in February that they were postponing the action date for their drug application by three months. We continue to believe that HTX-011 will eventually get approved and provide a valuable non-opioid alternative to pain management post-surgery.”

Biotech Growth hit by broader market turmoil as it enters 25th year – Biotech Growth (BIOG) has published its final results for the year to 31 March 2022. […]

Ways to thrive in a crisis

US-focused Polar Capital Global Healthcare (PCGH), reported interim results this morning, covering the six months to 31 March 2020. The portfolio’s NAV total return over the period was (5.97%), compared to a 0.34% return from the benchmark MSCI ACWI/Healthcare index PCGH noted that the early part of the period was challenging for fundamental investors, as we […]

Pacific Horizon (PHI), managed by Ewan Markson-Brown (pictured), has announced its interim results for the six months ended 31 January 2017. During the period, the Trust’s NAV total return was 9.7%. The share price total return was 8.0% as the discount widened from 10.1% to 11.4%. The Trust says that, over the same period the […]

QD view – Indian funds take stock No doubt you have seen the horrific scenes in India as COVID-19 seemingly runs out of control. Our first thoughts must be with the victims and their families, but the managers of funds specialising in the region have also been taking time to update us on what this […]