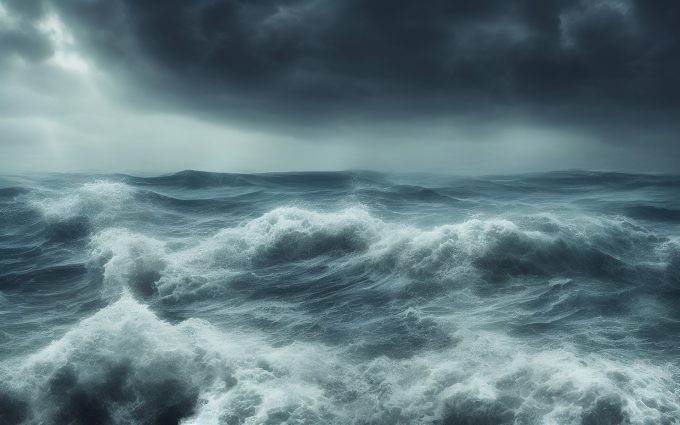 When I started writing this article, it was being widely reported that the chancellor, Kwasi Kwarteng, had been forced to cut short his visit to the US and was returning to London to face urgent talks with the prime minister and Conservative MPs. Before I had finished it, he was out of a job, with Jeremy Hunt taking over, and investors were bracing themselves for the next move, which illustrates just how fast politics and markets are moving at the moment.

The contents of the now ex-chancellor’s budget on 23 September and the governments comments since have caused such chaos in markets that the question is now being openly asked by MPs and formerly loyal journalists as to whether Liz Truss’s premiership can endure. Kwarteng may have gone, but who will now take the flack for Truss? The reversal of the policy on corporation tax cuts may help, although doubt remains as to whether this will be enough to settle the market’s nerves. We are probably not out of the woods yet – there may be more volatility to come!

Readers will need little reminding that, so far in 2022, it has been a tumultuous period in global markets. Inflation has picked up globally, shifting interest rates up at their fastest rates in decades in the developed world (a combination of a post-COVID environment driven by a huge fiscal stimulus and loose monetary policy plus a massive hike in energy costs, following the Russian invasion of Ukraine), which has turned into a full-blown cost of living crisis in many economies. Against this backdrop, I thought it would be a good point to have a look at how various funds in the flexible sector, specifically those that have a focus on capital preservation in real terms, have fared. There’s an interesting mix of results.

Starting with Capital Gearing (CGT), whose NAV is down 5.2% over the last month (UK equities and global equities were down 6.9% and 7.9%, respectively – as measured by the MSCI UK Index and the MSCI World Index), it has clearly outperformed broader equity markets but, given its strong focus on absolute returns and providing protection in a downturn, investors might have reasonably hoped that it would have done better.

CGT’s manager has long been positioning the portfolio to try to battle the effects of inflation and, with this now ramping up, has been adding to a range of alternative assets, including renewables funds to capture the inflation protection that they offer. However, with markets reeling, many of these have suffered both from a decline in the value of their assets (a combination of the prospect of a global recession looming, potentially reducing cash flows, as well as rising discount rates reducing the present value of future cash flows), and a widening of their discounts to NAV.

The renewables funds have been hit particularly hard as the government has flip flopped on policy and, most recently, said it would introduce a cap on the price of the electricity that these operators can receive. These measures have many of the hallmarks of a windfall tax but, as the government said that it wouldn’t introduce one of these, it is being branded as something else. However, the markets understand the implications and these funds have derated more heavily than most.

Capital Gearing hasn’t been alone in getting caught by discount widening. Personal Assets, which has positioned its portfolio in a similar way has suffered a 2.5% hit to NAV over the last month while MIGO Opportunities, which focuses on buying funds on a discount, has suffered as these have widened across the board – its NAV is down a hefty 8.6% over one month. It’s a similar story for CT Managed Portfolio’s Income and Growth pools.

Momentum Multi-Asset Value (MAVT) has had a particularly tough month – its NAV is down 11.4% although its discount control mechanism, which aims to keep MAVT trading around par, has prevented a widening of the discount. MAVT is another fund that has a decent allocation to alternatives (specialist assets, including property, which has been a tough place to be, were 31.5% of the portfolio as at the end of September). However, the bigger issue is likely to have been its long-standing high allocation to equities versus its peers; UK equities accounting for 32.3% of its portfolio at the end of September and overseas equities (with exposure being obtained through funds) being 21.9%. With over half of the portfolio being in equities, and overwhelmingly in developed markets with a long term underweight to the US, one of the better performing equity markets, it is not surprising that MAVT has struggled.

The performance of the two JPMorgan funds illustrates that they are quite different strategies. JPMorgan Global Core Real Assets (JARA) NAV returned 2.0% over the last month, although there may be a degree of lag in valuations as the discount rates used to value its assets may have to rise, while JPMorgan Multi-Asset (MATE) is down 3.8%. While MATE’s allocation to developed equities is significantly underweight its long-term strategic target, it is still significant (35.5% as at the end of September – with a further 8.9% in emerging market equities). Its allocation to cash was high at 19.9%, which would have helped steady the ship, but does little to protect against inflation (MATE has committed to growing its dividend at least in line with inflation). Its managers have said that they are looking for signs that the worst is priced in and markets are braced to recover, and will take advantage of this when the time is right (presumably by deploying that big cash pile).

It’s harder to keep track of RIT Capital’s short term NAV performance as it only publishes monthly NAVs (it lost 2.3% in September) and so its NAV will not have captured the most recent market turmoil. Its six-cylinder strategy (it argues that at least one of these should be firing at any one time, whatever the conditions, thereby pushing the portfolio forward) has held up well in relative terms so far this year losing around 11% versus the markets 16% fall. Its discount is one of the widest of the trusts discussed in this article which, at 20.1% as at 13 October 2022, feels a bit high given its long term performance record.

Ruffer has done a very convincing job of navigating the past month’s turbulence – its NAV is up 1.1%, comfortably ahead of equities. Ruffer has made some controversial investments in recent times (its Bitcoin investment raised a lot of eyebrows for those concerned around the risk of permanent capital loss) but its derivative strategies, a key differentiator versus its peers, have come into their own during recent difficult markets.

Aberdeen Diversified Income and Growth (ADIG) has also held up surprisingly well over the last month – its NAV is up 4.3%. At the end of August (the most recent data available) it had just 27.4% in listed equities; 54%.3 was in private markets; and fixed income and credit made up the bulk of the difference. ADIG also has exposure to funds but most of these are open ended and so it has not suffered the discount widening problem in its underlying investments, that some of its peers have, although with such a high proportion in private investments, which includes infrastructure and renewables, we may yet see a lagged impact of rising discount rates.

Aberdeen Diversified Income and Growth (ADIG) has announced its annual results for the year ended 30 September 2022. The report opens with a quote from the managers (Nalaka […]

Momentum Multi Asset Value Trust (MAVT) has released its half year report for the six-month period ending 31 October 2022. Over this period MAVT returned a NAV total […]

This time last year we highlighted climbing inflation and interest rates as issues overhanging markets. However, those headwinds were much stronger than we had anticipated thanks to Russia’s invasion of Ukraine. Given that backdrop, it was perhaps inevitable that markets would struggle in 2022. There were a few bright spots – Latin America and the […]