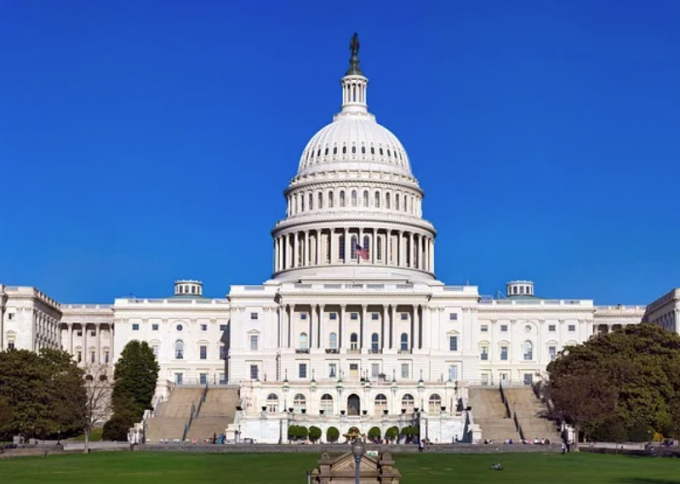 The riot in the Capitol Building may be dominating headlines but hopefully the orange cloud over Washington may soon dissipate. Does that mean Nothin’ but blue skies from now on…?

For investors, one of the key events if 2021 to date may be the Democrat’s wins in the Georgia senate races. Joe Biden will now have control of both Houses of Congress. President Obama was in a similar position in 2008 but lost control of the House of Representatives in 2010. Nevertheless, he managed to get a stimulus bill passed (in response to the financial crisis) and what would become Obamacare.

Stimulus bill on the way

A new stimulus bill is probably top of Biden’s agenda too. One immediate consequence of the result in Georgia was that the yield on 10-year US Treasuries rose above 1% for the first time since 19 March 2020. Investors fear profligacy by the new Democrat administration, which is ironic as historically Democrat governments have been better stewards of government finances than Republicans.

What this means in practice is that corporate bond yields could also rise a little. Henderson Diversified Income’s managers note that Democrat control of both Houses of Congress could mean a heightened risk of big spending programmes and higher taxation. However, they are not too concerned about rising interest rates. They point out that, across the developed world, government debt burdens are sustainable only as long as interest rates stay low. They think we are stuck in an environment of low interest rates, low growth and low inflation for some years to come. (You can read more about this trust and the managers’ views in our latest note, which was published on Wednesday).

After the Presidential election result in November, we talked to Fran Radano, manager of North American Income Trust. (You can listen back to that interview here.) At the time, it looked as though a clean sweep was unlikely. Fran thought a Biden administration would mean an easing of the trade war and a more sensible approach to immigration (Trump’s policies were making it hard for some companies to recruit staff from overseas). He noted though that markets tend to prefer the certainty of a President forced to make compromises than one who can enact sweeping changes. In that respect, the Georgia result could inject a little more volatility into markets, although other commentators have made the point that the Democrat party is a broad church and Biden may struggle to achieve a consensus on some of his more ambitious reforms.

At the time we were talking to Fran, there was considerable uncertainty about a new relief bill. The debate on that dragged on and, when it came, the money it offered ordinary Americans was a pittance – hence the urgent need for a new stimulus bill. Buried in the small print, however, was an extension of tax credits for new solar projects in the US.

Renewable energy high up on the agenda

Instead of subsidising the cost of electricity produced (as the ROC and feed-in tariff schemes do in the UK) or setting a minimum price for electricity sold (as the UK’s newer contracts for difference arrangements do), developers of solar projects in the US get an upfront tax break. These have been maintained at 26% for a further two years. (You can read more about this in the IPO note we wrote for US Solar Fund.) This is great news for the funds operating in this market, which now include Ecofin US Renewables Infrastructure Trust (RNEW) and SDCL Energy Efficiency Income Trust (SEIT).

RNEW managed to raise $125m in its IPO. This was half of its target, but this should mean it deploys the money faster. SEIT has done a deal with a developer of US solar and energy storage projects, committing to spend $150m upfront, taking a 50% stake in the developer, buying a portfolio of existing assets and getting the option to buy stakes in new projects. This could quite quickly become a considerable portion of its portfolio. We would expect to see all three funds coming back to investors for more money this year.

Changes to environmental legislation, tackling climate change and investing in crumbling infrastructure seem likely to be a central part of Biden’s agenda. He has also promised to take America back into the Paris Climate Accord. It will be interesting to see what other opportunities this throws up for our sector. Might we see more fund launches, for example?

US Solar (USF) has executed binding agreements to acquire up to a 50% interest in a 200MWDC operating solar plant located in the Imperial Valley of Southern California, Mount Signal […]

In QuotedData’s morning briefing 23 November 2020: US Solar Fund says that all 41 projects in its portfolio, totaling 443MWDC, are now fully operating and generating revenue. The final […]