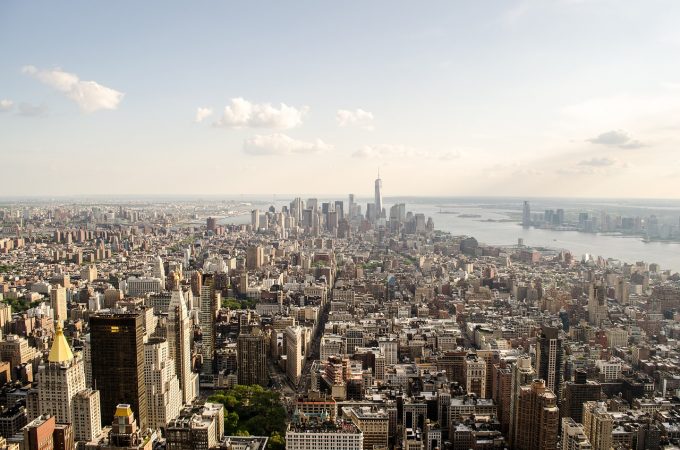 Led by the US, which had its best month since January, equity markets had a strong June as confidence in the likelihood of a Fed rate cut grows. Gold also shone on the back of geopolitical tension in the Middle East while the US dollar lost value following softer economic data and the prospect of an interest rate cut.

Hamish Buchan, chairman of Personal Assets Trust, believes equity markets today offer investors the choice of overvalued quality and cyclically or structurally challenged ‘cheap’ stocks. He adds that it is a misconception that falling interest rates are good for equities, citing falls in 2002 and 2008. The managers of Seneca Global Income and Growth believe a global downturn will start some time in 2020 or early 2021, which would be preceded by a bear market beginning in 2020. Alec Letchfield, manager of Hansa Trust, says it is very hard to call how the US/China trade war will pan out, adding that whilst one may not always agree with his methods, market sentiment seems to be moving towards Donald Trump on trade. The managers of Monk Investment Trust believe the wider economic background remains largely unchanged from a year ago; to them, corporate sector progress is far more important to long-term value creation.

Mark Barnett, manager of Edinburgh Investment Trust, says the outlook for the economy is more resilient than currently implied by sterling or equity valuations. The managers of Montanaro UK Smaller Companies note that since the global financial crisis, more than £2 billion has been withdrawn from UK smaller companies. They expect this to reverse once there is more clarity about the impact of Brexit. The managers of Schroder UK Mid Cap discuss surveys that show consumers to be more confident about their personal economic situation than about the country’s economic prospects. In their view, the growth household spend is reasonably sustainable, underpinned by a strong jobs market, higher wages (the fastest rate since 2008) and beneficial tax changes. Jonathan Cartwright, chairman of BlackRock Income and Growth Investment, and Robert Robertson, chairman of Lowland Investment company, both agree that the opportunity set is widening.

While European equities have been performing well in the year to date, Francesco Conte and Edward Greaves, managers of JPMorgan European Smaller Companies, believe it is better to remain prudent given the lingering threat of exogenous forces including a potential escalation in the US/China trade war, potentially bringing the EU into the cross-fires. The chairman of Montanaro European Smaller, R M Curling, believes that the market’s fundamentals remain largely positive, adding that the fund does not attempt to time shifts, preferring to invest in businesses that can thrive across a cycle.

Chetan Sehgal, manager of Templeton Emerging Markets, remains positive, believing that several catalysts could further strengthen confidence. These include widening economic growth differentials between EM and developed markets in the former’s favour, relatively undervalued EM currencies in spite of balance of payment surpluses in several markets, undemanding valuations and a solid outlook for corporate earnings. John Rennocks, chairman of Utilico Emerging Markets Trust, says that one challenge for EM has been reduced US dollars in circulation, leading to a broad economic slowdown. This has placed pressure on EM economies and markets. Added to this, the continued rise in oil prices has had the effect of weakening several EM economies as energy costs rise sharply. The managers of Aberdeen Emerging Markets believe that the prospects for the EM rally to continue remain promising with valuations attractive on an absolute and relative basis, while earnings expectations remain modest. They add that global investors remain significantly underweight EM.

Andrew Graham & Damian Taylor, managers of Martin Currie Asia Unconstrained Trust, are of the view that the earnings cycle in Asia appears to be bottoming after a torrid year of downgrades. They go on to discuss the why they believe the long-term secular growth opportunity across the region remains substantial. The manager of Schroder AsiaPacific, discusses the China/US trade war, saying it is unclear whether China has stepped back from what the US took to be firm promises, or whether strong domestic equity markets and economy emboldened Trump to seek more concessions. Irrespective of the causes, the manager adds that while regional markets do not look expensive severe trade disruption has the capacity to lead markets substantially lower. David Shearer, chairman of Aberdeen New Dawn, makes the point that while corporate governance is still a concern in China, the manager has seen signs of progress, with more companies adopting better practices.

The mandate handed to the BJP government, following Prime Minister Modi’s recent re-election, should result in an acceleration in the pace of structural reforms. This is the view of Hasan Askari, chairman of Aberdeen New India Investment Trust. He goes on to say that he expects the government to continue its capital expenditure-heavy programmes, which should provide some cushion from the tougher external environment. Elsewhere, Rukhshad Shroff and Raj Nair, managers of JPMorgan Indian Investment Trust, say that in the longer run they see no particular correlation between which party is in power and the pace of GDP growth in India. Over the past five years, nominal GDP growth has not fed through to earnings growth mainly due to the banking sector holding a lot of non-performing loans. With capital positions being re-built, the managers say that an earnings rebound is likely, which would clear up the path towards higher returns.

Sven H. Borho and Trevor M. Polischuk, managers of Worldwide Healthcare Trust, take us on a tour de force of the sector, including detailed commentary around biotech, generic pharmaceuticals, and medical devices. There is also a discussion on how the US 2020 presidential election might shape policy. Martin Murphy, manager of Syncona, tells us that the Third Wave of advanced therapies, in particular cell and gene therapies, have continued to gain significant momentum this year. He describes these ‘undoubtedly transformative medicines’ as possessing the potential to drive decades of innovation in healthcare as personalised, tailored medicines come to the fore powered by advances in genomic understanding.

The manager of Standard Life Private Equity foresees the levels of new investment and realisation activity remaining robust over 2019 and into 2020. This is driven, in part, by Europe and North America having a large population of privately-owned businesses and a substantial number of corporates looking to divest non-core divisions, providing significant opportunity for private equity managers. European and North American private equity firms account for the significant majority of all private equity firms globally.

Paul Read, Paul Causer and Rhys Davies, managers of Invesco Enhanced Income, say that the more dovish backdrop (the Fed has stopped raising interest rates) has re-ignited the hunt for yield and that investor demand for new issues remains high. That said, they note that the overall level of yield has fallen back towards recent averages and so the strong gains seen in the first quarter of 2019 will probably moderate. Elsewhere, the manager of Alcentra European Floating Rate Income expects issuance of €70bn to €80bn for the full year, lower than the €96bn in 2018. The strength of the issuances market is supported by private equity houses continuing to have excess capital to deploy. Finally, the manager of Chenavari Toro Income believes the current “goldilocks” weak economic growth background coupled with the U-turn in monetary policy should be supportive for European credit and especially structured credit where the default picture remains benign for now.

We hear from the manager of Civitas Social Housing, who discusses the current state of the supported housing sector, including commentary around the Regulator of Social Housing noting at a recent Social Housing Finance Conference that there was “nothing inherently wrong” with the industry model. Elsewhere, James Agar, manager of Ground Rents Income, tells us why continuing uncertainty relating to leasehold reform is contributing to transactional volumes remaining low.

The manager of Real Estate Credit Investments tells us that European real estate markets continue to be polarised, with a marked difference in demand between long-term income assets and those which need asset management or development. Debt markets demonstrate a similar polarisation, with lending appetite (both banks and alternative lenders) focused on long-term core income lending and eschewing value-additive or development lending. The manager feels that the aversion to value-additive asset lending in favour of core income lending is misplaced. The manager goes on to say that German and Spanish lending markets demonstrate‎ the greatest depth of competition and hence represent a weak risk adjusted investment proposition, with France representing the better proposition for lending. Brexit uncertainty is, in their view, presenting the UK real estate market as the destination for opportunistic capital, much like the opportunity presented in the Southern European real estate markets during the 2008 and 2011 crises.

We hear from John Laing Environmental Assets, who say that in the context of sourcing acquisition targets, their main impression is of competitive pressure in asset markets. This pressure is felt more acutely in market sectors that investors are now comfortable with, such as wind and solar, but is present now across the spectrum of environmental infrastructure. Indeed, the board has noted increasing competition in sectors as diverse as energy-from-waste, biomass, flexible generation and hydro. Kevin Lyon, chairman of NextEnergy Solar Fund, tells us that they expect to continue taking advantage of the new-build opportunities they have secured in the subsidy-free solar sector in the UK. The manager of SDCL Energy Efficiency Income tells us that the energy efficiency asset class is becoming an important component of energy supply and demand management. On electricity prices, they say that prices remain high in resource-constrained markets such as the UK and North-East USA. In combination with depressed natural gas prices, this continues to present an attractive incentive for alternative sourcing of lower cost and lower carbon energy through energy efficient or distributed generation solutions. 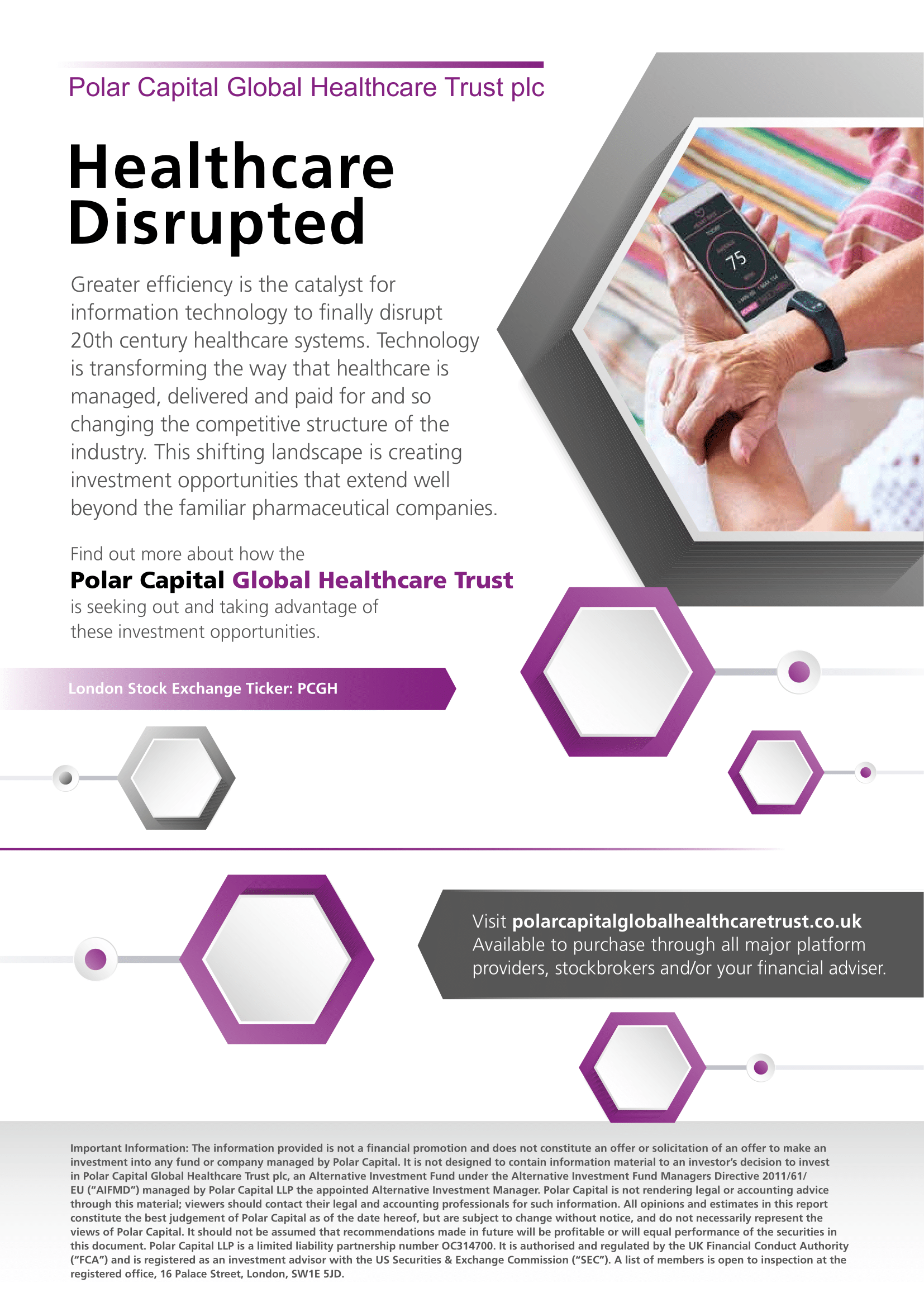 Proving its mettle We previously acknowledged the argument that, throughout 2020, private equity funds like Standard Life Private Equity (SLPE) were being unfairly penalised by the market with […]

Looking way beyond the now It is now just over three years since Baillie Gifford, an investment management house famed for its growth-focused investment strategies, took over the […]

Looking way beyond the now It is now just over three years since Baillie Gifford, a house famed for its growth investment strategies, took over the management of […]

Looking way beyond the now It is now just over three years since Baillie Gifford, a house famed for its growth investment strategies, took over the management of […]