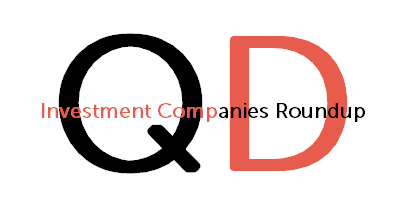 QuotedData’s investment companies roundup – August 2018 is our latest roundup of news; price, NAV and discount movements; flows in and out of the sector and report on full year dividends announced over the month of July 2018. Kindly sponsored by Baillie Gifford.

Money raised and returned in July

Tritax EuroBox raised its maximum target of £300 million in an issue that was ‘significantly oversubscribed’. Hipgnosis Songs Fund raised over £200 million. The third new issue in July was Ashoka India Equity, which did not make it into the top 5 largest raisers of money in July. It had to settle for launch proceeds of just £45.6m against a target of £100m. Greencoat Renewables raised €111m in an oversubscribed placing to refinance its revolving credit facility, allowing it to make further acquisitions. In the same sector, Renewables Infrastructure raised approximately £64.2m through a share issue to also pay down its revolving credit facility. Scottish Mortgage issued new shares to meet demand.

Third Point Offshore scrapped its sterling share class but has the stock exchange to allow its dollar shares to be traded in both dollars and sterling.

More to go for Polar Capital Global Financials Trust (PCFT) has been having a great run and we are delighted to see it re-expanding. The bounce in the […]

More to go for Polar Capital Global Financials Trust (PCFT) has been having a good run of performance both in absolute and relative terms. It has also been […]

More to go for Polar Capital Global Financials Trust (PCFT) has been having a great run of performance and we are delighted to see it re-expanding, with over […]

In this week’s show, James Carthew talked to Claire Shaw of Scottish Mortgage If you were looking for the first part of QuotedData’s show, focused on the roundup […]

On the front foot Weiss Korea Opportunities (WKOF)’s returns continue to be well-ahead of those of comparable indices. From its launch in May 2013 to the end of […]

Leveraging Asia’s rising star Vietnam’s response to the pandemic has been very effective and, reflecting this, the IMF has predicted that it will post positive GDP growth of […]